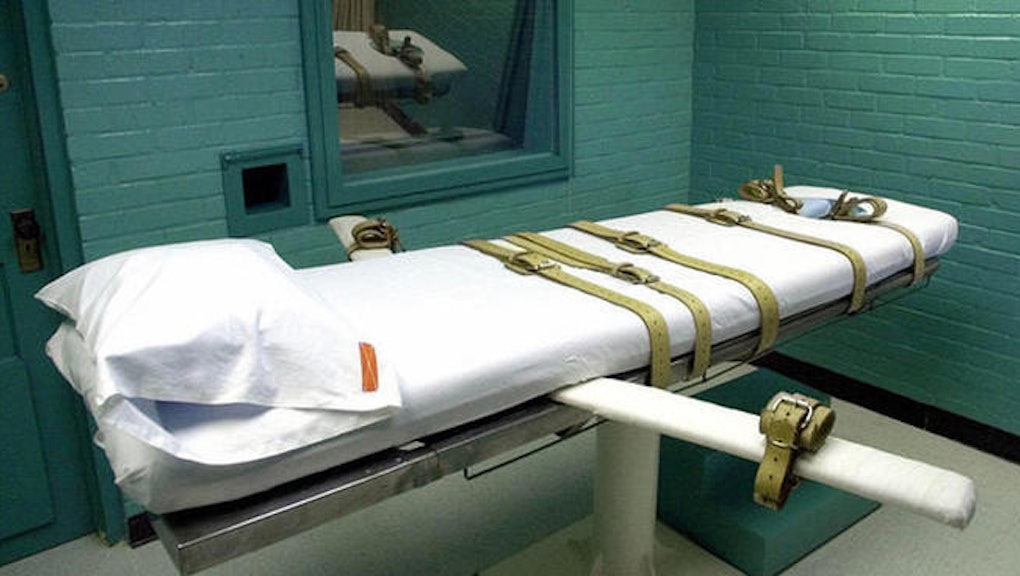 This Death Row Convict's Final-Hour Message Should Be Required Reading

Ray Jasper, who will be put to death in Texas on March 19, has penned a startlingly eloquent and thought-provoking letter to Gawker, his self-described "final statement on Earth."

Jasper, convicted in the murder of a San Antonio studio owner in 1998, has never been on the Internet and doesn't own a dictionary. Yet the former rapper quotes Thoreau, MLK and Aristotle throughout a seven-page letter that ruminates on empathy and the justice system, which repeatedly comes back to one important message: America is failing its African-American youth.

Jasper wrote that lyrics from the 2Pac song "Changes" echoed in his head when he first stepped foot in prison: "The penitentiary's packed and it's filled with blacks." The number of black prisoners is an epidemic, he noted, but one that's largely due to an identity crisis.

He said that it's no wonder that some teens idolize gang fare and drugs when they have more access to rap music than to black history education, when they know more about Drake and Lil Wayne than Al Sharpton and Jesse Jackson.

People point their fingers at young blacks, call them thugs and say they need to pull up their pants. That's fine, but you're not feeding them any knowledge. You're not giving them a vision. All you're saying is be a square like me... They have to be exposed to something new. Their minds have to be challenged, not dulled. They know the history of the Crips & Bloods, but they can't tell you who Garvey or Robeson is. They can quote Drake & Lil Wayne but they can't tell you what Jesse Jackson or Al Sharpton has done.

Jasper called for proper black history education — a year-round course, not just a measly month — as well as more relevant, meaningful teaching. "I was 15 when my first love got shot nine times in Oakland," he noted. "Do you think I'm going to care about book reports when my girlfriend was shot in the face?"

Ultimately, Jasper writes, this education problem is part of a larger identity crisis that the U.S. is not addressing, which leads to a justice system that is "broken beyond repair." How can America's black population begin to move past its history with slavery when under the 13th Amendment all prisoners in America — of whom so many are black — are considered slaves, he asked.

It should be noted that Gawker also published a post from Steven Alejandro, brother of David Mendoza Alejandro, the man who was killed by Jasper and two accomplices. Alejandro refuses to read Jasper's letter because "[Jasper] has never accepted culpability or expressed remorse." Alejandro notes that although Jasper has admitted to slicing David's throat open, he continues to claim that he did not inflict the fatal wound.

The Texas justice system has found Jasper guilty. However, his death later this month is all but assured. It took a Texas jury a mere 15 minutes to convict the young man, and less than two hours to sentence him to death.

Ironically, Jasper's letter may take longer to read than the jury took to deliberate. Whatever your opinion on his guilt, this doomed man's last few words provide an interesting read for anyone looking to help prevent more young people following in Ray Jasper's footsteps.