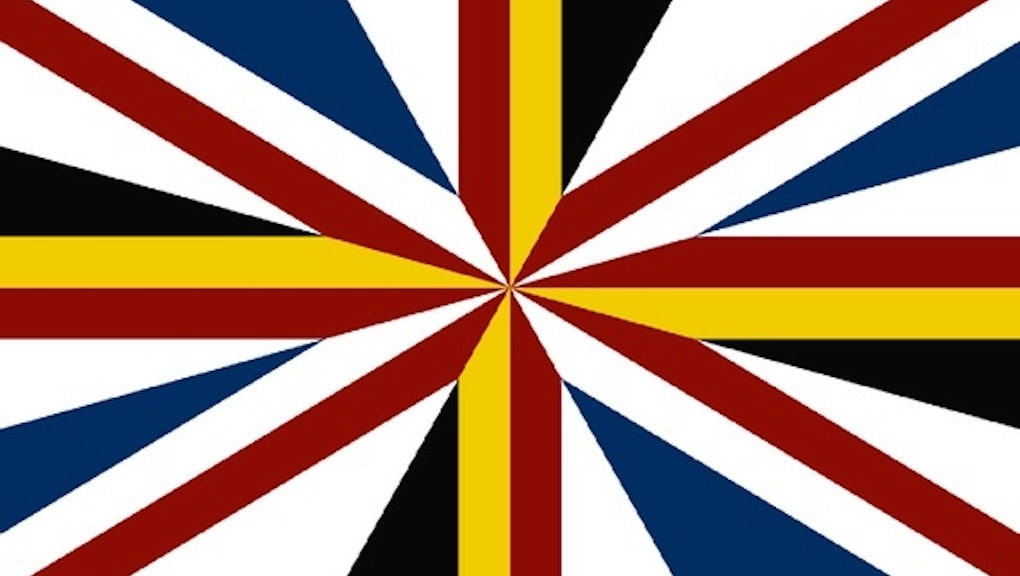 If Scotland Breaks Away From the UK, the Union Flag Might Get a Dramatic Makeover

Six months from now, Scotland will hold a referendum on whether or not it should become an independent nation. In the meantime, the U.K. is already bracing itself for the possibility of Scottish independence, and wondering whether its flag should change to reflect the secession.

The current Union Flag combines three distinct designs to reflect the union of Great Britain, Ireland and Scotland, as illustrated below by the Atlantic:

According to a survey by the Flag Institute, a U.K. non-profit, 56% of respondents believed that the U.K. flag will change to reflect the secession, while 65% believed that it should. While the U.K. College of Arms announced that Queen Elizabeth II would still remain the head of state for an independent Scotland, and that while the U.K. flag would most likely stay the same, the idea of a flag redesign has caught on.

Since the Flag Institute and the BBC floated the idea in December, they have been bombarded by reader suggestions for a new flag. Here are a few ideas:

This one takes out the Scottish blue and replaces it with the green and white of the Welsh flag.

This one retains the Scottish blue while incorporating the yellow and black colors of Wales' St. David flag.

This is along the same vein as the second one.

This one went for a more political statement.

This creative flag perhaps best captures the essence of the U.K.: rainy weather, open fields, the lion passant of the English Royal House, EU and U.S. influence and, of course, traffic circles.