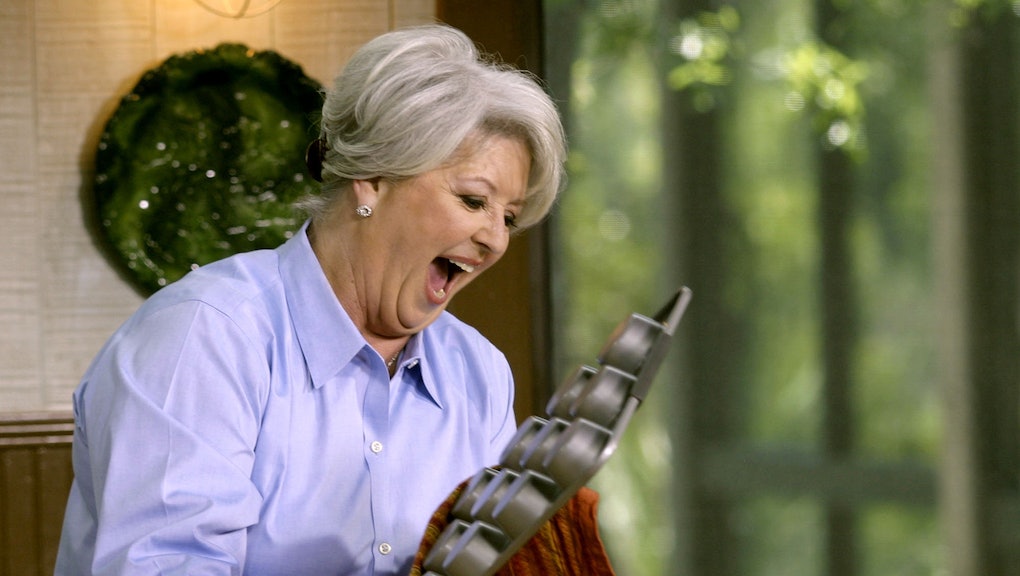 Now that February has finally ended, here's a look at some of the worst, most cringe-worthy viral moments that occurred during what we in America like to call Black History Month.

From tone-deaf essays on white privilege to despicable quiz show parody questions, these five viral events proved there's still a really, really long way to go before we live in a post-racial world.

1. The most tone-deaf attempt by a white woman to write about yoga diversity.

Ok, this is cheating a bit, but it's justified. Just three days before Black History Month officially began, this personal essay published on XOJane, went viral — and not in a good way. Somehow, the author's attempt to show awareness took a very, very wrong turn.

In case you didn't get to read it, the story went a little something like this:

A girl walks into her crowded midday yoga class, sees a black woman behind her and assumes all these things about how uncomfortable and envious the black woman must be feeling about the skinny white body before her.

"I thought about how that must feel: to be a heavyset black woman entering for the first time a system that by all accounts seems unable to accommodate her body."

Girl kind-of tries to be black woman's savior (in her head, at least, maybe telepathically?)

"What could I do to help her? If I were her, I thought, I would want as little attention to be drawn to my despair as possible — I would not want anyone to look at me or notice me. And so I tried to very deliberately avoid looking in her direction each time I was in downward dog, but I could feel her hostility just the same."

This girl goes home and breaks down after "experiencing" the sad state of race relations in America.

"Yoga, a beloved safe space that has helped me through many dark moments in over six years of practice, suddenly felt deeply suspect. Knowing fully well that one hour of perhaps self-importantly believing myself to be the deserving target of a racially charged anger is nothing, is largely my own psychological projection, is a drop in the bucket, is the tip of the iceberg in American race relations, I was shaken by it all the same."

At the beginning of the month, a private school in Northern California decided to celebrate Black History Month by offering a special Friday lunch menu of watermelon, fried chicken and cornbread. After some parents and students complained, the school then penned an apology letter and took down the offensive menu.

While the ill-advised lunches at Carondelet High School for Girls were shared around the Internet, several weeks later a private school in Indianapolis made a similarly bone-headed move. Somehow, the Park Tudor School thought it was a good idea to have a "Celebration of Black History Month"-themed lunch menu, which featured fried chicken, colored greens, black eyed peas and candied yams. Talk about perpetuating racial stereotypes. After widespread criticism, the school apologized to both students and the community.

3. The most offensive parody Jeopardy questions and answers.

Here's a little taste of just how offensive this #notfunny hashtag got:

4. (One of) the most depressing racial profiling experiments.

Last month, two guys in Los Angeles, a duo called Simple Misfits, conducted a social experiment to see what would happen if a white guy tried to break into a car, and if a black guy tried the same thing.

5. The most ignorant comeback attempt by a disgraced celebrity chef.

In an attempt to make a "comeback" after losing millions of dollars in endorsements for using the N-word, Paula Deen decided to say yet another inappropriate thing by comparing herself to NFL prospect Michael Sam, who could become the first openly gay NFL player.

Last month, she told People magazine, "I feel like 'embattled' or 'disgraced' will always follow my name. It's like that black football player who recently came out."

Something tells us she doesn't really know what Sam is really saying.