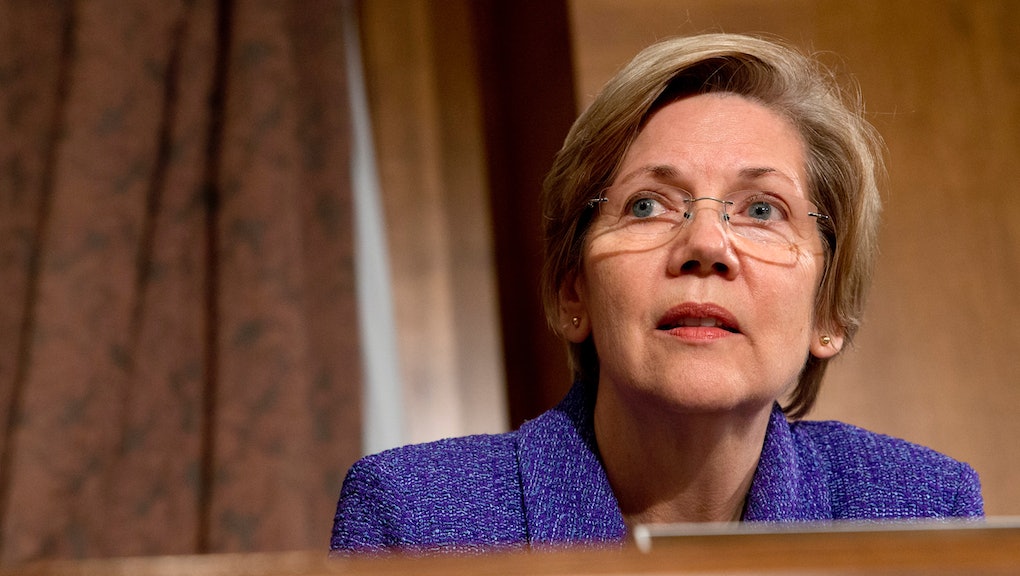 Elizabeth Warren Has a Radical Plan to End Student Debt

While college tuition costs rise every year, the average student now graduates with $29,400 of debt, making the issue of education financing more pressing than ever. The country's towering $1.2 trillion in students loans seems like an insurmountable challenge, but Sen. Elizabeth Warren (D-Mass.) has an idea that is likely to lead conservatives into a riot: tax millionaires more.

On Thursday Warren introduced her plan at the "Higher Ed, Not Debt" campaign launch event. Pointing out that past congressional measures made little dent in the country's outstanding student loans, she pressed the question: "Do we invest in students or millionaires?"

Warren's plan would somewhat mirrot the Buffet rule, which failed to make it out of the Congress last April. The measure would establish a new 30% minimum income tax on those who make more than $1 million a year, which could generate upwards of $50 billion in annual revenue.

The money would then be funneled "dollar-for-dollar" into refinancing existing student loans at lower interest rates, thereby easing the decades-long debt that many graduates have to carry. And Warren believes the money couldn't come from a better source. "It's billionaires or students," she said.

According to Warren's estimates, recent graduates with maximum undergraduate loans would see "their payments drop by $1,000 a year, and total interest paid over the life of the loan could be cut nearly in half." Those with graduate or private loans would save even more.

Of course, this proposal is sure to see immense opposition in the same way the Buffet rule failed the first time: Republicans do not want to raise taxes on the rich. While education advocates and the million of struggling millennials may like the idea of hedge-fund managers helping to lower interest rates, for now it seems unlikely to happen.