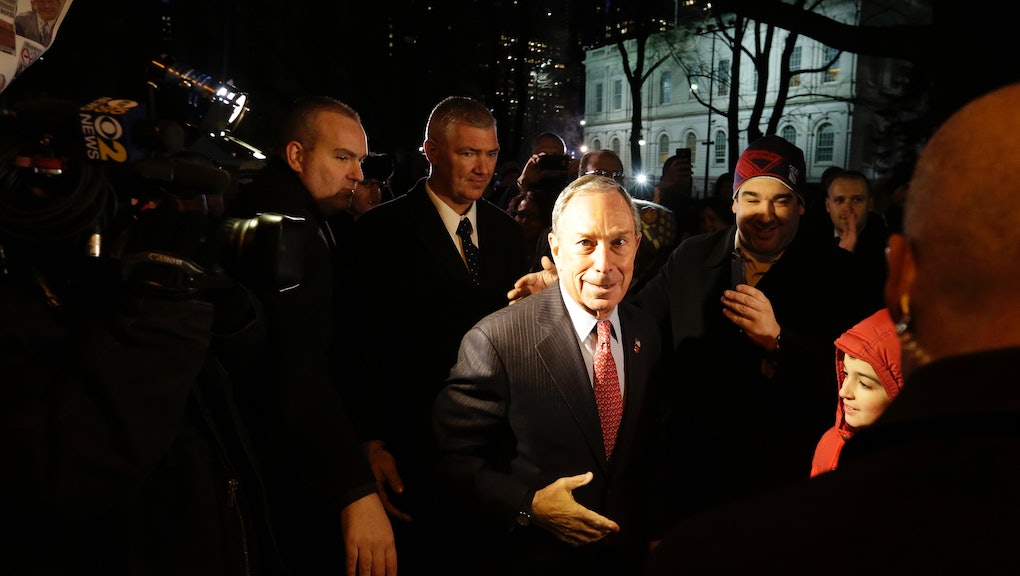 Bloomberg, who has pledged to give away the majority of his estimated $33 billion net worth, organizes his charitable activities under the umbrella of Bloomberg Philanthropies. The orgnanization focuses on the environment, the arts, government innovation and education. Each year, Bloomberg Philanthropies issues a Mayors Challenge calling on cities to pitch their most innovative ideas for the chance to win cash to turn them into reality.

In its first European edition, the Mayors Challenge asked European cities to submit solutions to their most pressing social and economic problems. The contest received proposals from 155 cities in 28 countries. The grand prize winner will receive 5 million euros, and four runners-up will each receive 1 million euros to turn their proposals into a reality.

Although no information has been released on the 20 finalists, the entry data provided by Bloomberg Philanthropies offers an important lesson for governments: that they can learn about important conditions on the ground from their citizens. The degree to which European governments do so will also offer useful information to their most entrepreneurial young people deciding where to professionally channel their big imaginations and abilities.

A map of participating cities shows heavy clusters in Spain, England, Belgium and the Netherlands. Spain, with its high unemployment rate, high prices and low wages had the most entries of any country participating with 23. In Denmark, where people tend to work less, earn more, pollute less and participate in civic life more than the OECD average, had the fewest number of entries.

The data also shows that citizens in different spheres of Europe have differing priorities. These numbers can provide unique and valuable information for local and national governments to address problems before they worsen beyond the point of repair, or forment political upheavel.

Eastern Europeans (some of whom recently ousted Ukraine's thoroughly corrupt president Viktor Yanukovych) consider transparency a major issue: 24% of applications from the region addressed government transparency, democracy and community morale. If the Yanukovych government had seen (and paid attention) to numbers like this a year ago, it might still be in power today.

What does this mean?

Contests like Bloomberg Philanthropies' can offer crowdsourced data on what people on the ground see as major problems before they become flash points that spark unrest in cities like Kiev and Istanbul.

But if European governments don't pay as much attention to their citizens' ideas as an American ex-mayor, they don't deserve to attract top talent to work for them. The most innovative young European minds will learn that the government is not the place to take their bright ideas and ability to make them happen, and will retreat to the private sector. For a continent grappling with as many serious challenges as Europe, that would be a great loss.

For now, Bloomberg's Mayors Challenge illustrates that European citizens have ideas to spare. And those ideas would be a terrible thing for European governments to waste.

Here's an explanation of the Mayors Challenge in 2013, which asked residents of American cities to generate ideas to improve city life: