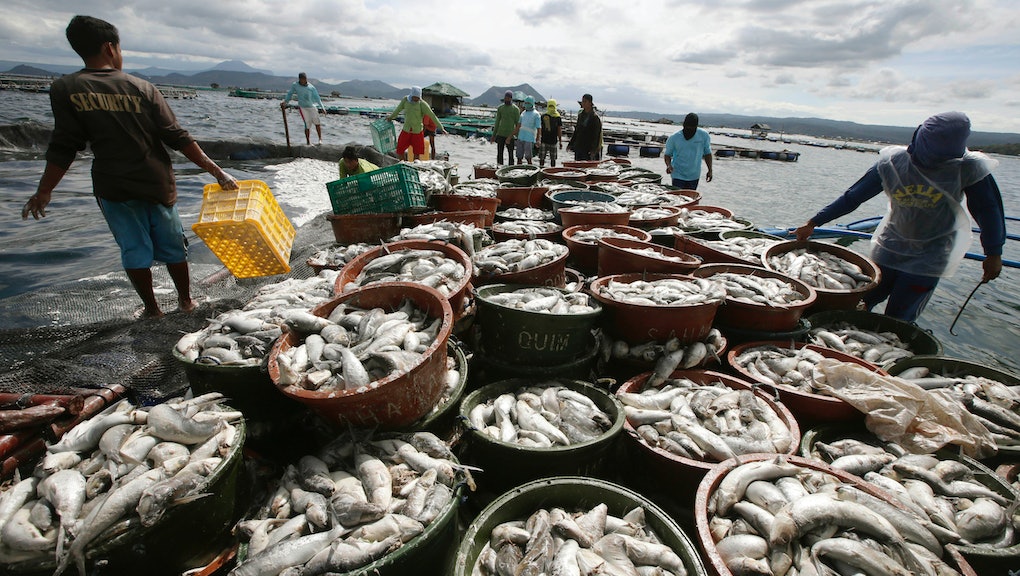 There Will Be a Lot Fewer of These Things by 2050

The world will be a different place by 2050. For starters, we will be sharing the planet with a lot more people — about 9.7 billion in total. India will have overtaken China as the world's most populous country, and Nigeria will have displaced the U.S. for the No. 3 spot. Due to increased life expectancy, there will also be many more old people. The average age will increase from 32 in 2011 to almost 40 by 2050. We all expect greater unpredictability in our weather, but the extent of the changes will still be shocking. Over the course of the next 35 years, more than half of the world's population will live in areas that, due to greenhouse gas emissions, will have an entirely new climate.

Humans will also need to get used to the absence of certain things by mid-century that many of us currently take for granted. Here are five things that will be significantly diminished by the time the Millennial generation will have (hopefully) started to retire.

The world may be more developed in 2050, but that does not mean it will be more secular. As a percentage of the global population, nonbelievers hit their peak in the 1970s when they exceeded 20%. Now, according to World Religion Database, that figures barely tops 10% and is expected to fall to 7% by 2050. This is in part due to the demise of communism, which has lead to a religious resurgence in the former Soviet Union and increased tolerance in China. Global demographics also play a role, as places that will experience the greatest population growth are generally characterized by higher religious fervor. While Western Europe's more secular population has plateaued, for instance, Africa's is set to double between now and 2050.

The nonreligious aren't the only ones who should be worried about their relative clout in the new world order. Populations in countries like Japan, Germany and Spain are all set to shrink over the coming decades. The demographic outlook looks particularly bleak for Eastern Europe, which suffers from both low fertility rates as well as poor life expectancy. So those currently fretting about Russian expansionism can take solace in the fact that the country will have roughly 11 million fewer inhabitants by 2050 than it has today.

Water scarcity is quickly become the norm, and not just in California. According to a recent MIT study, by 2050 over half of the world's population will live in areas where demand for water will regularly exceed surface-level supply. This "water stress" will be driven not only by climate change, but also by population growth in areas that are already struggling with supplying their inhabitants with enough water, such as India and northern Africa. That is a lot of thirsty people.

Barring major international intervention, we may all be telling our grandchildren someday about the time that people used to eat fish. The head of the UN Environment Program has warned that if current fishing practices continue, "then we are in the situation where 40 years down the line we, effectively, are out of fish." This would not only represent an ecological catastrophe. Roughly 1 billion people currently rely on fish as their main source of protein, and over 500 million are financially dependent on the industry.

Assuming we haven't gone to war over tuna, there may be much less armed conflict in the coming years. That is according to one professor from the University of Oslo, who has predicted that half as many countries will be at risk of internal armed conflict by 2050. Using a model that takes accounting for population growth, infant mortality, oil, ethnic cleavages and education, the academic predicted that 7% of the world's countries will be suffering an internal armed conflict in 2050, down from 15% in 2009. The impetus for this decrease will be advances in infant mortality and education, as well as fewer young people. If the model proves correct, we will be much less concerned about the Middle East in the future, and will be more focused on volatility in India, Nigeria and Ethiopia.