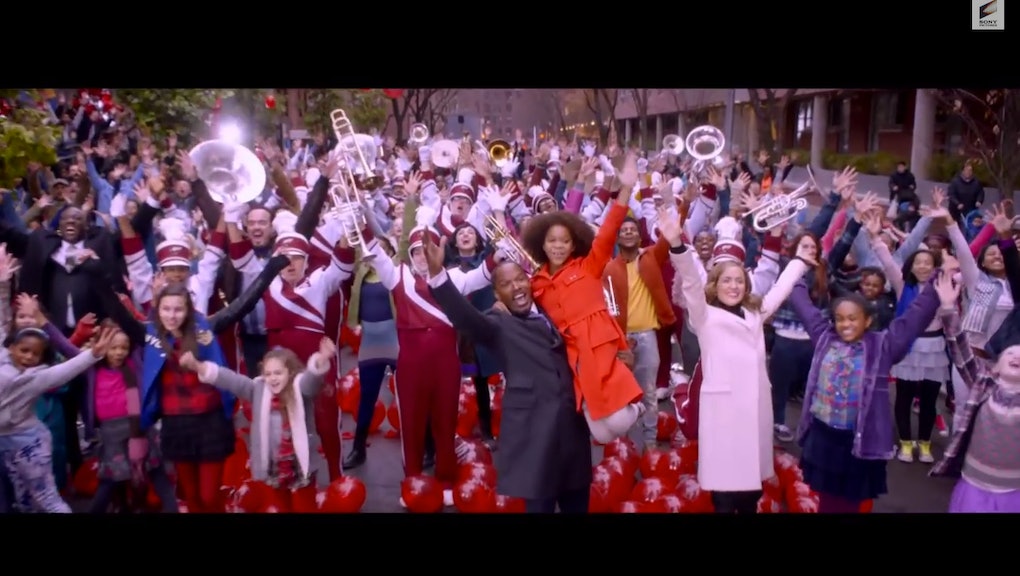 The trailer for the remake of Annie was released last week. The updated classic stars Cameron Diaz as Miss Hannigan, Jamie Foxx as Benjamin Stacks (the Daddy Warbucks character) and Quvenzhané Wallis — the youngest person ever to be nominated for the Best Actress Oscar — as Annie.

In what is becoming a rather sad trend, movie fans quickly took to Twitter to express their dismay that Annie — depicted as a white, freckled, ginger girl in the popular 1982 film — is now a black orphan from Harlem. The same thing happened when Michael B. Jordan was cast as Johnny Storm in the upcoming Fantastic Four remake, and when black actors played Rue, Thresh and Cinna in The Hunger Games, even though Rue and Thresh are described in the novels as having "dark skin," and no reference is made to Cinna's skin color. Yet no one seemed to mind when "olive-skinned" Katniss was played by Jennifer Lawrence, a white actress, to pick just one example of Hollywood "whitewashing."

Here are some of the appalling tweets about 10-year-old Wallis' casting, screenshotted from Matthew Elliot's Storify because, interestingly enough, several of the tweets seem to have disappeared.

Some people were just curious.

Some were in denial.

Others hadn't stepped outside in a while.

But they weren't being racist, because they hashtagged it.

And they have black friends.

They're just concerned about Annie's hair color, not her skin color.

Some didn't understand the concept of a "remake."

And others were downright offensive.

But we don't like to end on a negative note. So here are some people who took to Twitter to talk some sense into their ignorant peers. Happily, these more enlightenened Twitter users appear to now be in the majority.