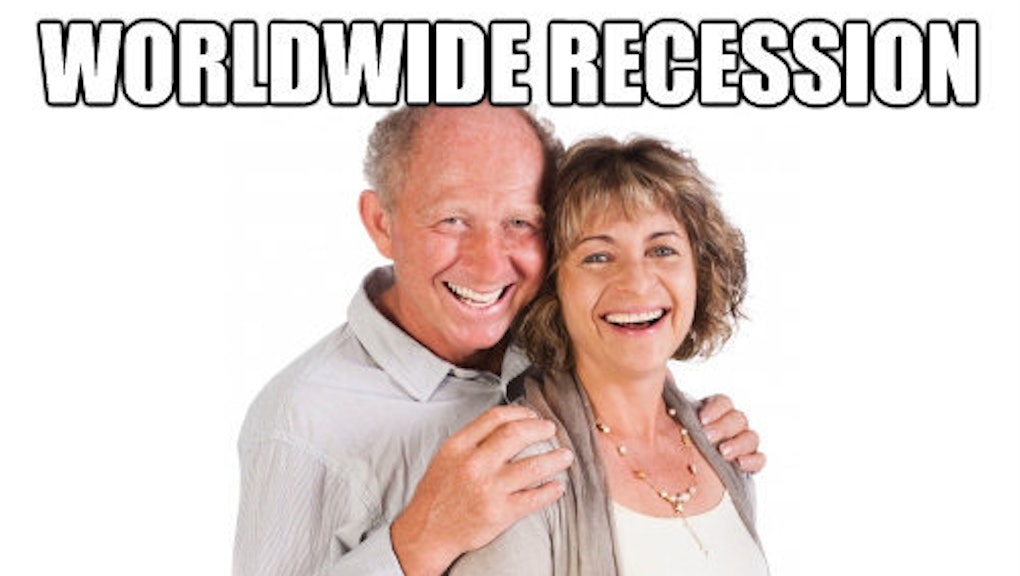 7 Things Baby Boomers Don't Get About Our Generation

Born between 1946 and 1964, the America of their formative years was a land of overt racism, sexism and homophobia. Their schisms with Millennials on gay marriage, sexual politics, interracial dating, religious enthusiasm and most other social issues are actually a heartening sign of national progress. But there is also a more sinister difference between us and them.

Baby Boomers entered the workforce during one of the greatest economic miracles in modern history: U.S. real GDP per capita decreased only two years between 1950 and 1970, and the resulting bounty was distributed rather equitably. We, meanwhile, have borne the brunt of the largest economic disaster since the Great Depression and watched middle-class real wages stagnate throughout our lives.

These class differences have predictably resulted in conflict. The older set has taken to newspapers, radio and print books to denounce their underemployed descendants as narcissistic, lazy and clueless: a "Generation Me" uninterested in hard work. We have responded from our own turf, in our own language, with a new Internet meme. Here are seven popular examples of the striking ways that our parents, or grandparents for some, just don't get what we go through.

The Republican Party (and in particular, its Tea Party wing) skew toward the Boomers. The House of Representatives would be Democratic without them, and they are the ones most responsible for cutting student loans.

The 2012 Republican Party platform called for an end to federal student loans, arguing that "the federal government should not be in the business of originating student loans." Perhaps Baby Boomers ought not to be surprised that younger generations have fallen out of love with buying automobiles.

Following the Great Recession, youth unemployment in America is an unmitigated disaster. While those ages 55 and over "suffer" an unemployment rate of 4.6%, in February 11.9% of those 20 to 24 remained unemployed.

This doesn't stop anecdotal articles about long-term elderly unemployment and age bias, nor does it prevent President Obama from reprimanding Millennials for causing the problem: "You're competing against young people in Beijing and Bangalore. They're not hanging out. They're not getting over. They're not playing video games. They're not watching Real Housewives. I'm just saying. It's a two-way street. You've got to earn success."

Unpaid internships were almost unheard of when the Baby Boomers were young, but now they're almost a rite of passage.

Overall, the number of gainfully employed students has plummeted in our generation. To make matters worse, because of income inequality, unskilled college students are competing against a larger lower class of underemployed adults forced out of the middle class. For example, many fast food workers are now middle-aged and have a family.

The elderly always have difficulty mastering new technologies, but mastering this series of tubes may be a particular challenge for Baby Boomers. The brains of those who grew up with the Internet are fundamentally different than those who haven't: whether these changes are good or bad is an open question. Interestingly, one study from UCLA suggests that searching the Internet may improve brain function in "middle-aged and older adults." It would definitely help them avoid computer repair scams.

5. Economics, but not war

The Baby Boomers and baby boomer presidents presided over most of the deregulation that destroyed the world economy. Many helped elect Reagan and remain enamored his disastrous and discredited economic theories.

On war, this Scumbag Baby Boomer is a little off. While most people, young and old, supported the wars in Iraq and Afghanistan in the early 2000s and reject them now, it was actually Millennials who supported the conflicts longer.

To be fair, most demographics are just looking out for themselves. After all, why do we care so much about student loans? But it turns out that Millennials are, at least to some extent, more supportive of communitarian polices. We are more likely to view socialism in a positive light and our shared government as a possible force for good. In addition, it could be modestly proposed that the interests of Millennials are more important to the future of the country than the interests of a baby boom generation declining in influence.

At its core the dispute between Millennials and Baby Boomers is really a class conflict. It's the inevitable result of decades of rising inequality, shrinking opportunity and the collection of a huge amount of wealth in the hands of the 1%, many of whom happen to be Baby Boomers.

Not all Millennials have received the short end of the generational stick. As an article in Tuesday's New York Times explains, Generation X-ers and Millennials will receive a huge inheritance from the Baby Boomers in time. But because of rising inequality, more Millennials will be left out than will live easy on a dead Boomer's trust fund.

So Mom and Dad, Grandma and Grandpa, we love you guys but sometimes you can be a total buzzkill.