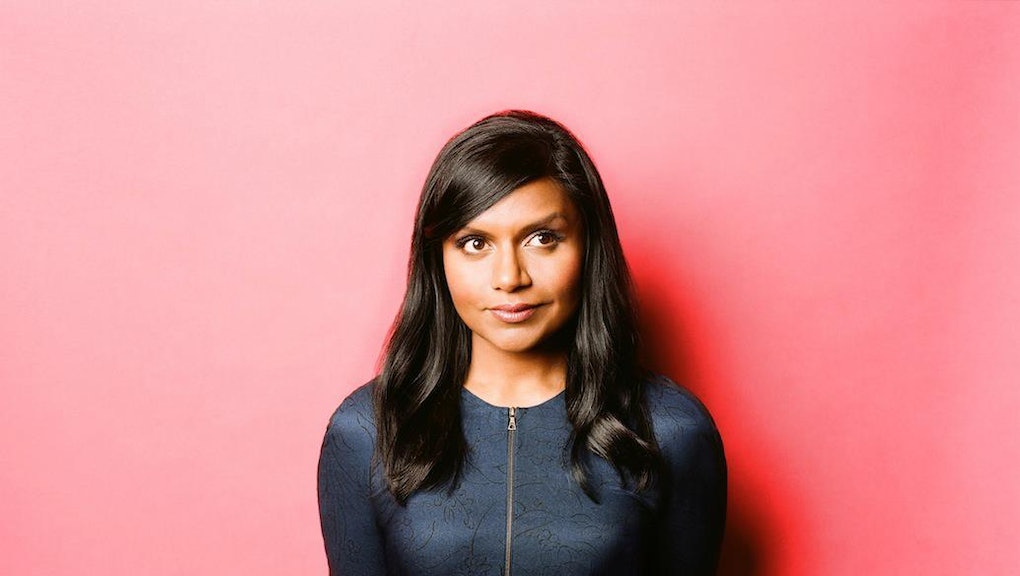 Mindy Kaling is a patient and hilarious woman with a penchant for absurd humor, but even she can only take so much nonsense.

This week, at a SXSW panel discussing her show The Mindy Project, Kaling had to endure countless questions about ethnicity and gender on the show. But when an audience member piped up with this question, she'd had enough:

"You guys have a great, diverse set of characters, but was it a conscious decision for Mindy to be the only female doctor, and the only doctor color of show?"

Kaling was quick with a reply:

"I look at shows on TV, and this is going to just seem defensive, but I'm just gonna say it: I'm a fucking Indian woman who has her own fucking network television show, OK?"

Amid a "Golden Age" of television led mostly by white males Kaling, and mostly Kaling alone, "get[s] lobbied about these things" while other are getting asked a different set of questions, often ones directed more at their art than its origin.

"[It]'s not like I'm running a country, I'm not a political figure. I'm someone who's writing a show and I want to use funny people," Kaling adds. "And it feels like it diminishes the incredibly funny women who do come on my show."

It's also understandable, though, that Kaling might field these types questions — the curse and blessing of being a "breakthrough" figure. But that shouldn't be all she is seen as. No one should be ground down and flattened to a topic or talking point. Talk to Kaling, and she's a funny, brilliant person — she is more than just a symbol.