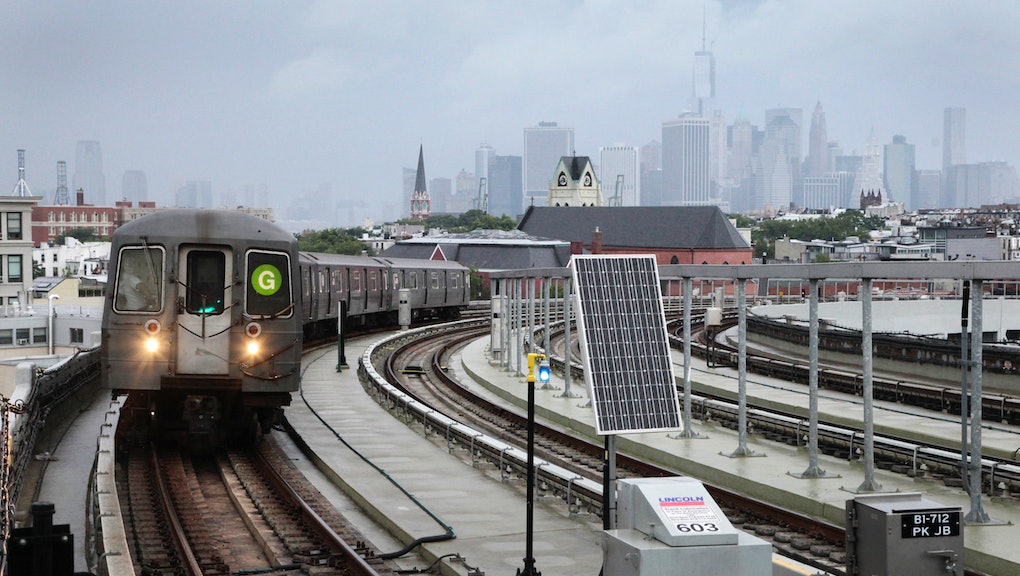 Public Transit Use in the U.S. Is Now Higher Than Private Vehicle Use

If you live in a big city and the traffic congestion seems to be dying down, there's good reason: more and more people are using public transportation.

According to the American Public Transportation Association (APTA), Americans took 10.7 billion public transit trips in 2013, making it the highest ridership figure since 1956. Overall, the use of public transportation went up 1.1% in the last year, outpacing both population growth and private vehicle use.

"There is a fundamental shift going on in the way we move about our communities. People in record numbers are demanding more public transit services and communities are benefiting with strong economic growth," said APTA president Michael Melaniphy.

"We're seeing that where cities have invested in transit, their unemployment rates have dropped, and employment is going up because people can get there," he added.

That seems to be the case for New York's Metropolitan Transit Authority (MTA), which saw a 3.6% boost in ridership last year. The MTA believes that the increase is due to higher employment, better services and promotions and decline in crime.

Of course, there are logistical and financial incentives as well. Even with some transit authorities hiking their fares, for many people, public transportation is still cheaper than driving — especially when you factor in extraneous car costs such as parking, insurance, maintenance and taxes.

And when more people take public transit, the roads become clear like this:

You might have to deal with crowded spaces and weird smells, but public transportation may be the better choice for the environment, the city traffic and most compellingly — your convenience and budget.