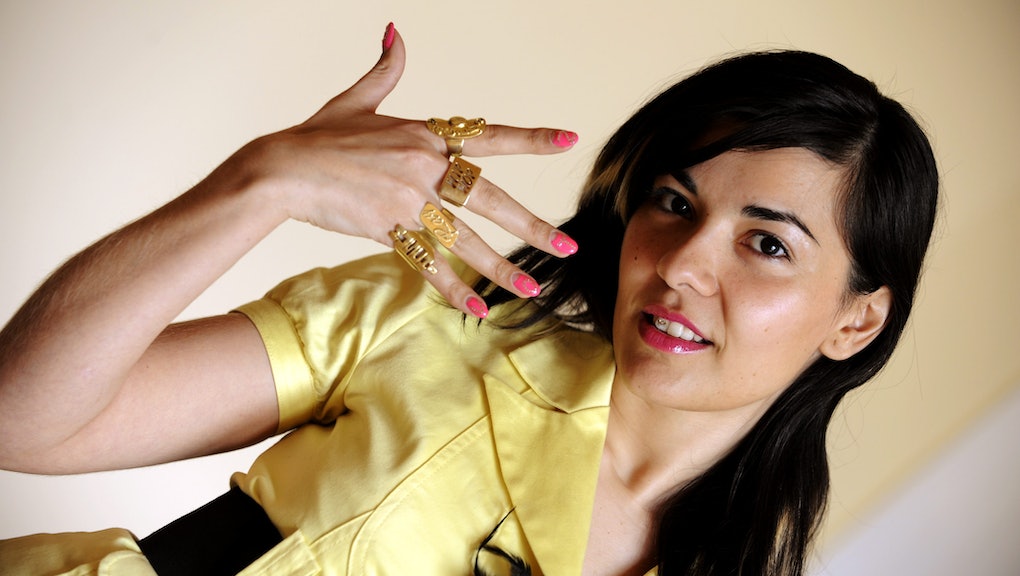 You Can #BanBossy, I'd Rather #BanBitch

After her last successful campaign for middle-class ladies to "lean-in," Sandberg's latest project has rallied an all-star group of lady-troops — Condoleezza Rice, Beyoncé and Jennifer Garner — to strike "bossy" from the lexicon used to describe young girls.

Naturally, the movement has since spawned a countermovement, led by the likes of feminist scholar bell hooks, who believe women should own the moniker, not blame it.

But I'm conflicted. I understand the argument that banning words, even in an effort to raise awareness, also raises fears of censorship. As Katy Waldman points out on Slate, when we realize that a word like "bossy" — or in earlier years "shrill" — can be used to punish women for simply speaking up, we have choices other than to ban it.

Interestingly, bell hooks has a decidedly different perspective when it comes to a different "b-word." As hooks writes in Communion: The Female Search for Love, the continued usage of the word "bitch" actually "ensures that a woman will suffer old patterns of punishment. To make that bitch know her place."

I have no real opinion on "bossy," but what hooks wrote in earlier years struck a chord. Starting today, I am stepping away from bitch. I'm not banning the word for anyone but me. I've come to use the word as an insult directed at women whose behavior I disagree with, rather than as gesture of empowerment that I'm free to use the term, as some feminists argue. To lob this word as a weapon is supporting a society that willingly reduces women to two-dimensional figures. As the world so often asks:

To call a woman a bitch is to decide that her behavior excuses me from having to acknowledge that she is a human.

On a broader level, its unfortunate that women still expect to face gendered insults for speaking out. We praise the agreeable woman, not difficult ones.

Dale Neuringer at Bustle notes that, for her, being a feminist means not being afraid of being called a bitch. This isn't to say Neuringer is A-OK with being insulted. Quite the opposite: She writes that over the years she has steeled herself against the inevitable use of the b-word flung at her as retribution for speaking up.

Indeed, so many aspects of the female form and personality — from our features and hair to our genitals — are fodder for mockery in popular culture. The jokes and punchlines dehumanize in the same way that calling a woman a bitch can.

As Elizabeth Wurtzel explains in her book Bitch, the persona is appealing for a rebellious young woman. I get that, but it has never lessened the sting.

Words like bitch ultimately divide women. It's too easy in a world where people brush of misogyny and benevolent sexism as "'no big deal."

It is a big deal.

There are more than enough people out there eager to throw gendered slurs at women. I don't want to be one of them anymore.