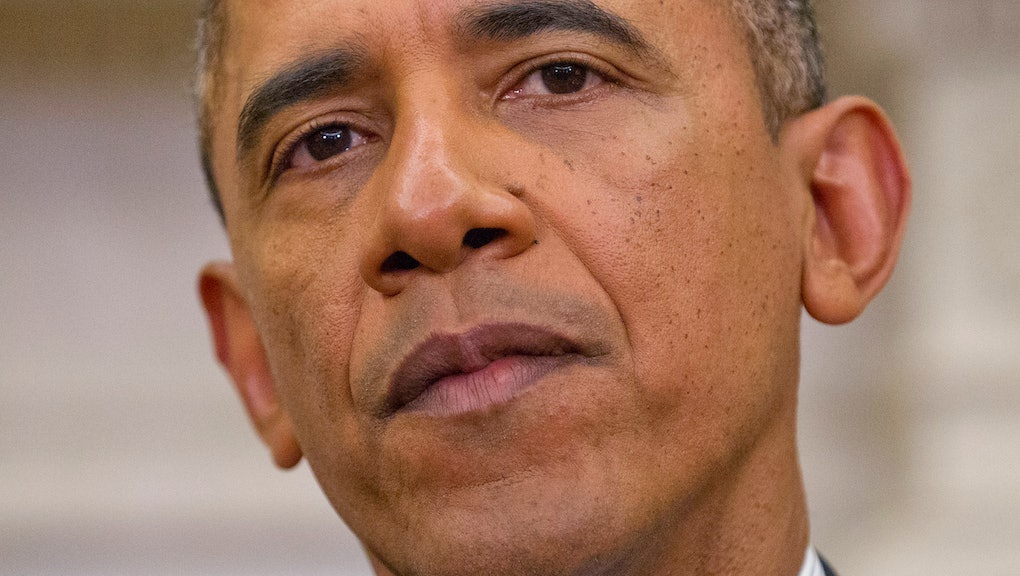 A long time ago, there was a Sen. Barack Obama who railed against the abuses of executive action under the Bush administration. Today there is a President Barack Obama who, in a flagrant use of executive power, is about to unilaterally change the rules governing overtime pay for millions and force employers to pay more.

The announcement is expected on Thursday and goes against a central premise of Sen. Obama's campaign. And to make matters worse, it's primarily for political gain. Some representatives are up in arms over his unilateral actions.

President Obama started off this year with a declaration that his pen is going to be used in full force, but that doesn't excuse using it for a personal political win. Details of the rule have yet to be determined, as those will be made by the Labor Department, but they aren't expected to be ironed out until fall, which most likely means after the 2014 elections. That means he can claim the win before the elections and avoid a debate over the details until after.

"In terms of the fall campaign, we are building a whole message around helping middle-class folks raise their wages, raise their incomes and make their lives a little better," says Mike Lux, co-founder of Progressive Strategies. "This executive order, as well as the president's executive order on minimum wages paid by federal contractors, makes a huge difference politically."

The current regulation around overtime pay is part of the Fair Labor Standards Act, originally passed in 1938. It mandates that employers pay time-and-a-half overtime to salaried workers who make less than $455 per week, a level that President George W. Bush established. President Obama's decree would increase that arbitrary threshold. His argument is that since it is not an amendment to the original law, which would require going through Congress, he can do whatever he wishes.

These moves are part of a larger ideological focus on the role of wages in America. Earlier this year he outlined his Herman Cain-style marketing plan to raise the minimum wage for federal workers to $10.10. As the head of the executive branch, Obama can do whatever he wants with his employees. The difference with changing the rules around overtime pay is that Obama is passing off major rule-making to non-elected members of his administration.

The effects of raising the threshold of salaried workers are much like the effects that raising the minimum wage would have. Critics of the minimum wage have argued that raising the number by fiat causes unemployment because you retain the same number of workers but have to pay them more. An easy model is hypothetical Bob, who owns a small grocery store and has $30 per hour to pay his employees. The federal minimum wage sits at $7.25 an hour, meaning he can hire four employees. One day, the minimum wage rises to $9. Bob no longer has the money to hire more employees, so he can either lose money elsewhere or fire someone. Mandating that employers pay more for the same amount of productivity will hurt businesses in an already struggling economy, which in turn will hurt employees.

The rules being created, and their manner of implementation, won't win Obama any fans on the right. But they also should be concerning to anyone who thinks that one man shouldn't have the ability to affect the economy on a large scale, no matter their political affiliation. Republicans and libertarians have been up in arms about this for years.

In something that has become a trend in this administration, President Obama has decided to bypass the legislative branch though executive action, all to accomplish a personal policy objective for his political benefit. That can't stand.