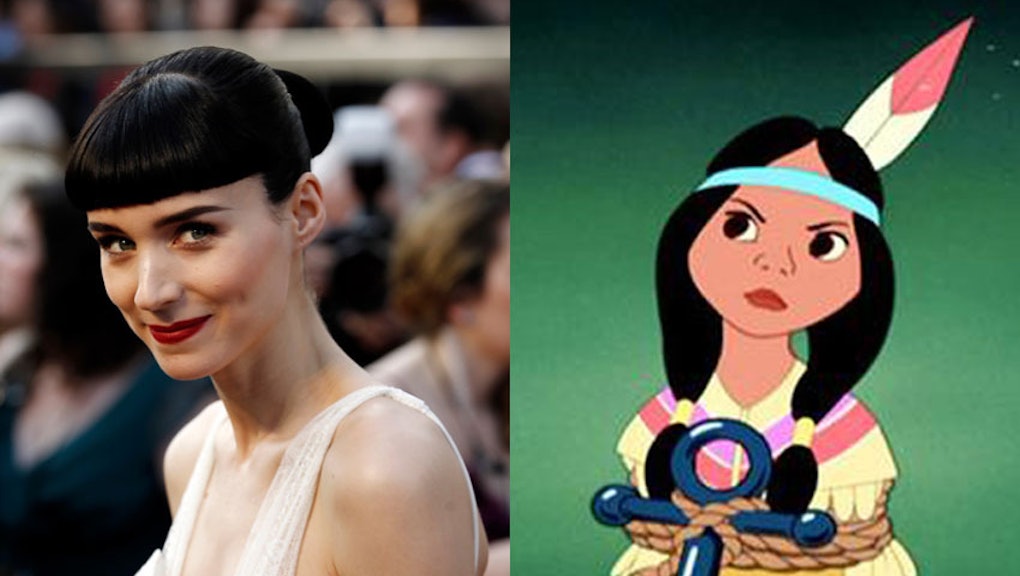 Warner Bros. is planning a big-budget, 3-D prequel to the beloved Peter Pan series, setting it in a world envisioned as "very international and multiracial, effectively challenging audiences' preconceived notions of Neverland and reimagining the environment."

We call BS. The casting negotiation news of the very white Rooney Mara in the part of the very Native American Tiger Lily punches more than a few holes through Hollywood's smokescreen of inclusivity and diversity.

Mara, best known for her star-making turn in The Girl with the Dragon Tattoo, is many things, but Native American she is not. Fresh off the heels of Johnny Depp's extremely suspect turn at Tonto in the debacle that was The Lone Ranger and the prettifying casting of Zoe Saldana as the famously, affirmatively dark-skinned activist and musician Nina Simone, you'd think moviemakers would finally start signing actors who actually match their characters' identities, or at least not to so falsely tout an "international and multi-racial" effort and go on to cast a white actress in a famously non-white role. If diversity is indeed their goal, Mara is not the answer, unless most roles were being played against type. But with Hugh Jackman signed on as Blackbeard and Garrett Hedlund as Captain Hook, that doesn't seem to be the case.

Warner Bros. is patently guilty of whitewashing. And while people were quick to condemn the casting of African-American Michael B. Jordan in the role of Johnny Storm in the upcoming Fantastic Four reboot, the casting of white actors in roles originally envisioned for people of color often goes unchecked. Certainly actors should not always be confined to playing certain roles by nature of their birth, but as PolicyMic writer Gina Luttrell points out, "[T]he erasure of people of color from cinema has been so widespread, even in recent years, from roles that are originally supposed to be be played by them, that it has done damage to those groups."

There are plenty of Native American actresses out there who could have excelled at this part and the casting of whom could have made a dent in media representation of people of color, but they were passed over for Mara. You can do better, Hollywood. And we want you to.