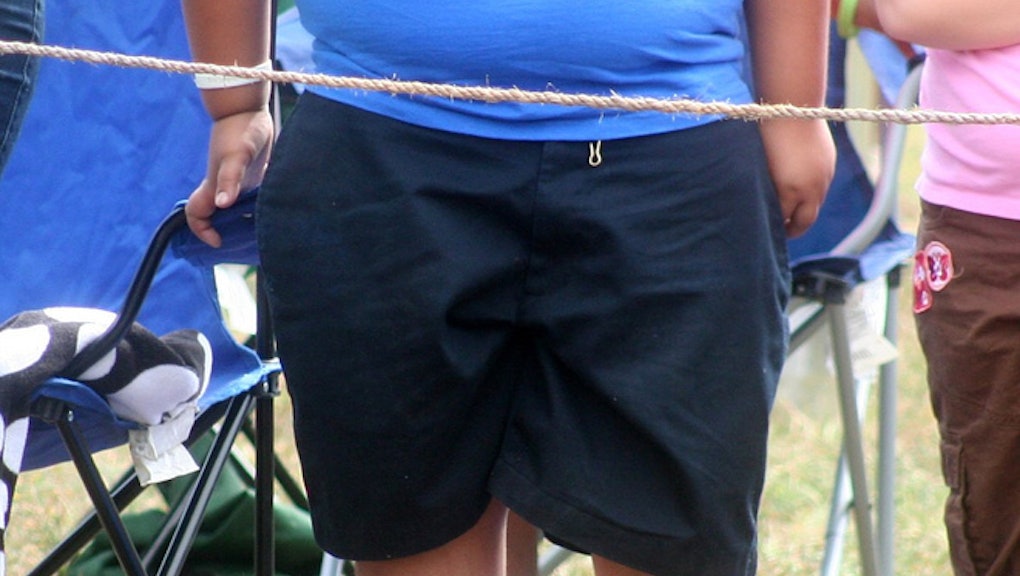 A blogger's scathing response to a viral letter is making the rounds this week due to its spirited defense of an anonymous overweight jogger. The message is an important one: Condescending encouragements are no better than fat-shaming insults.

The public letter "to the fatty running on Westview track" started popping up on social media last year, but recently resurfaced on the lifestyle site Closer earlier this month. The writer of the letter starts off in typical fat-shaming mode, describing the "fatty" observed on a local track as barely able to lift his feet and as stopping for water breaks every lap.

But then, in a twist, the tone changes abruptly as it becomes clear the author of the letter has meant the whole thing as encouragement.

"There's something you should know: You fucking rock," the author says, before proceeding to detail the perceived habits and motivation of the runner, from alleged midnight snacks  to mental resolution, in what Closer called "a seriously inspirational message for all the would-be runners out there."

The letter prompted some backlash from Reddit users, who suggested that overweight people should be treated the same way as any other runners, or that the writer could have spoken directly to the runner instead of writing a Facebook status.

"[You're] concerned your words might be taken negatively," one Redditor noted. "But [you] start out calling someone fatty. Yeah, I can see sensitivity is your goal. Everyone loves being marginalized to their physical appearance. Oh hey, here's a tip. Fat people aren't here to be your motivational story. Nor are people with disabilities."

And now Tony Posnanski, who blogs about weight loss at The Anti-Jared, has written his own awesome public letter in response, writing from what he believes might be a more realistic perspective from that runner on the Westview track.

"First off I would suggest you not judge me at all. You have my journey all messed up," Posnanski said. "Your whole post insults me like no end. I do not eat midnight snacks or drink beer. You probably think all 'fat' people do this. Well, we do not. I ate better than most at 300 pounds. In fact, I have not had a drink in well over 20 years."

Posnanski calls out the letter-writer for making judgments about the runner's life, things impossible to know just by staring at someone on a jogging track for a few minutes:

You fooled people on Facebook but you have not fooled me. You do not have respect for my journey because you do not know it.

Posnanski makes assumptions about the anonymous runner, too. But his response comes from a place of understanding: He was once that 420-pound runner, and he makes some resonant points about society's patronizing attitude to fat people.