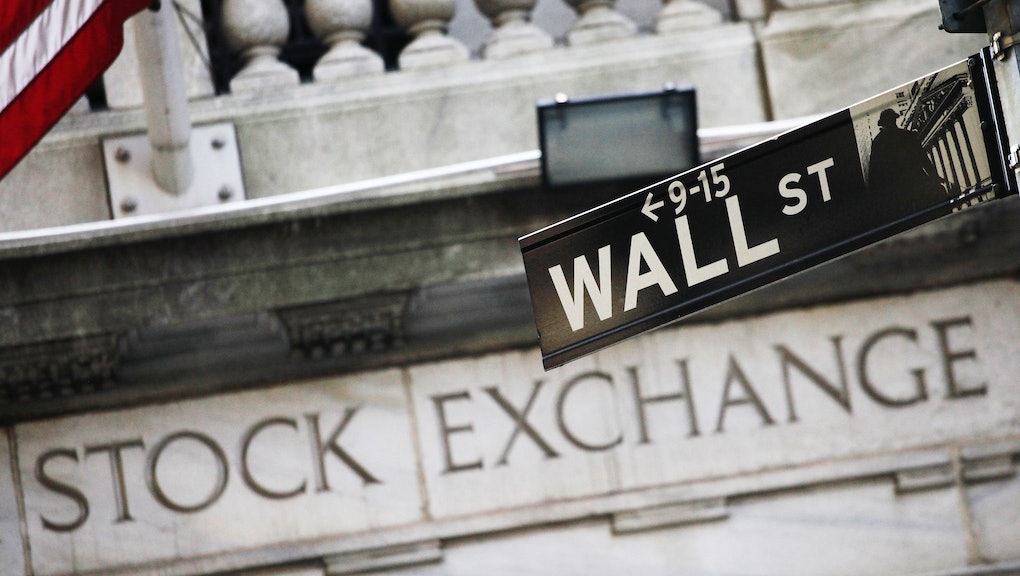 You probably knew that income inequality is pretty bad in America. But here's how shockingly bad it's gotten: Wall Street makes more in bonuses alone than everyone working full-time on minimum wage.

According to the Institute for Policy Studies, 2013 was the year the New York financial industry's bonus pool exceeded the cumulative annual earnings of the 1 million Americans working full-time at the federal minimum wage. Wall Street's 165,200 employees got a total of $26.7 billion in bonuses — payments made on top of their normal salary and commissions — or more than enough to double the salary of the 1,085,000 Americans working 40 hours or more at $7.25.

And according to the Institute for Policy Studies' analysis, which relies upon Moody's Analytics data, that money going to Wall Street is shrinking the gains we could see in the economy considerably. Each dollar in the wallets of low-wage workers ends up adding $1.21 to the national economy, while every dollar in the bank account of a high-income workers ends up adding just 39 cents. All told, if workers, not Wall Street, had gotten that $26.7 billion, it would have boosted the economy by $32.3 billion, triple the $10.4 billion boost expected from Wall Street.

Still think corporate America can't afford President Obama's proposed $2.85 increase in the minimum wage to $10.10 an hour? Still not convinced that even though worker productivity has more than doubled since 1968? Then you're probably not going to be convinced by anything. But you're in the minority, seeing as 69% of Americans back increasing the minimum wage by that amount.

A minimum wage increase would help around 30 million workers, according to the Economic Policy Institute.

Plus, according to the IPS, we pay another price for rewarding the reckless behavior of Wall Street with huge clutches of cash: banks are subsidizing the kind of short-term-focused financial antics that wrecked the economy in 2008.

"Huge bonuses, we learned from the 2008 financial industry meltdown, create an incentive for high-risk behaviors that endanger the entire economy. And regulators have failed to implement a provision in the 2010 Dodd-Frank financial reform legislation to prohibit financial industry pay packages that encourage 'inappropriate risks.'"