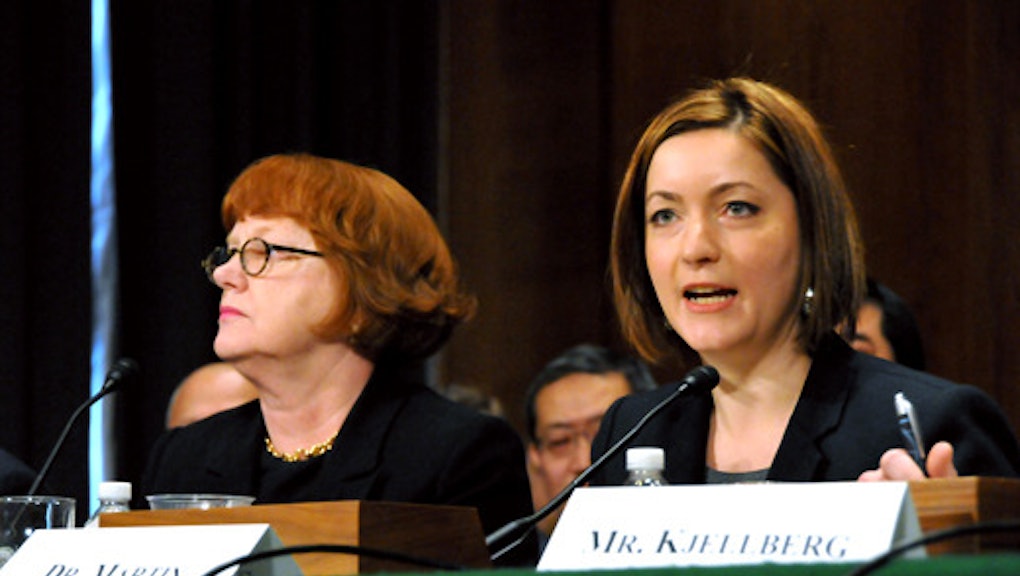 This Canadian doctor held her own against Republican Sen. Richard Burr (N.C.) during a Tuesday Senate subcommittee hearing after Burr tried to make the case that Canada's single-payer health care system was killing people left and right (it really heats up at the 3:30 mark).

"On average, how many Canadian patients on a waiting list die each year? Do you know?" asked Burr.

"I don't know, sir," Dr. Danielle Martin shot back. "But I know that there are 45,000 in America who die waiting because they don’t have insurance at all."

Previously in the hearing, the vehemently anti-Obamacare Sen. Burr asked Dr. Martin: "Why are doctors exiting the public system in Canada?"

"There are no doctors exiting the public system in Canada, and in fact we have seen a net influx of physicians from the United States into the Canadian system over the last number of years," she responded.

It's no wonder that people would be opposed to "socialized" American medicine if they believed it would lead to the kind of Soviet-esque, bread lines for doctors' appointments system Sen. Burr apparently thinks it does. But Canada is beating us significantly on healthcare costs, largely because of cheaper services and lower administrative costs (Ontario doctors spend $22,205 each year dealing with the single-payer system, while American doctors spend $82,975 dealing with private insurance, Medicare, and Medicaid). Just look below:

And while the system does have problems with wait times (that are improving significantly), there's a good reason for that Dr. Martin pointed out. Most of Canada's problems come from outdated medical records systems and poor organization, not the way in which the health care system is funded. Meanwhile, Canadian citizens can generally expect to actually receive critical care, while the U.S. health care system just lets those who can't afford medicine die off. 45,000 a year. That's how many people die because they don't have insurance in America.

But if we're going to natter about socialized medicine, Canada isn't even necessarily the best argument, even though they outperform the U.S. widely on most metrics. This is. The chart below ranks the U.S. health care system against six other countries, including Canada, much of Europe, and New Zealand:

The U.S. does pretty poorly on nearly everything, including timeliness. And we spend twice as much to do it. Meanwhile, every other country on the list has some form of "socialized" medicine. It's time to stop whining about socialism and fix our broken health care system.