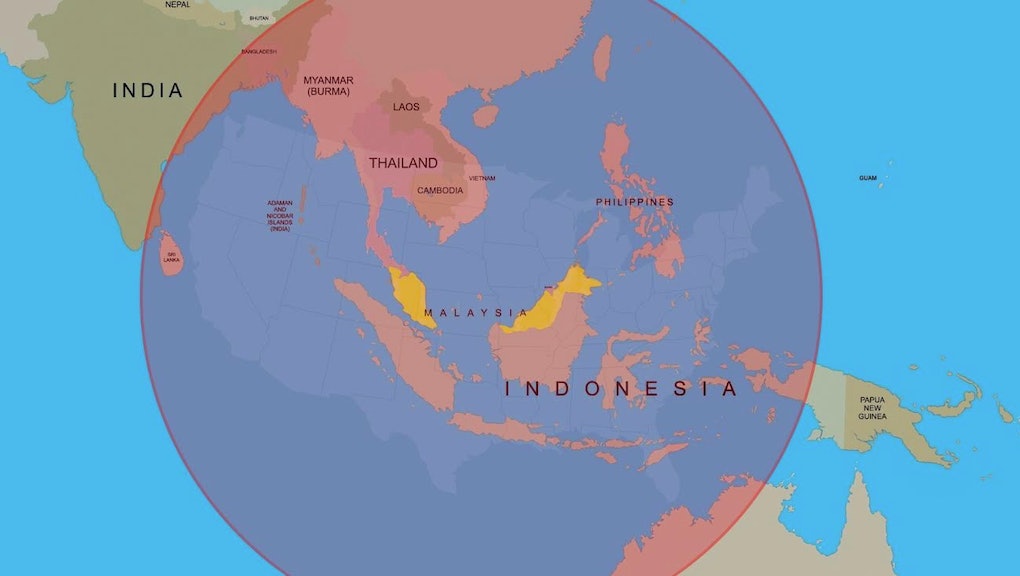 The Search Zone For Malaysia Flight 370 Is Now Bigger Than the Continental U.S.

Investigators trying to find the final location of beleaguered Malaysia Airlines Flight 370 now believe the plane may have flown off-route for up to four hours before meeting an unknown fate, according to the Wall Street Journal. 227 passengers and 12 crew are missing after the plane vanished en route from Kuala Lampur to Beijing.

The investigators now believe that the plane was in the air for up to five hours, including four after it disappeared from GPS and other tracking systems. An automated signal sent from the Boeing-777's satellite-communications link apparently remained on in a standby mode, failing to transmit any data but leading investigators to believe that the plane was at least in the air for the duration of transmission. The four-hour gap is raising all kinds of questions, and the team has no idea whether or not the plane reached some form of final destination or simply crashed, potentially hundreds of miles from the search area. The above infographic shows just how large the potential flight radius of the missing plane could be.

Even more recently, U.S. officials revealed that two separate systems onboard the airliner were shut down separately, indicating a deliberate act. The data reporting system went down at 1:07 a.m., while the transponder was deactivated at 1:21 a.m., some 15 minutes later. As such, some U.S. officials remain "convinced that there was manual intervention." USA Today compiled six theories on what really happened to the flight, including catastrophic and mechanical failure, pilot sabotage or error, terrorism, or that the plane kept flying.

The Malaysian government is still failing to adequately answer a number of questions about the incident.

The search area seen above is considerably larger than the radius theorized earlier this week, which was about the size of Texas.