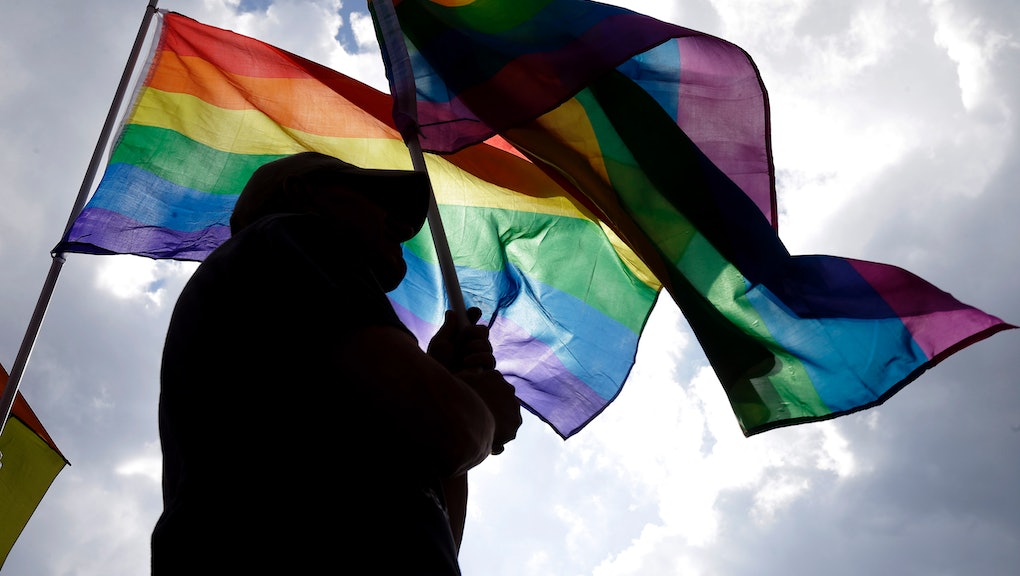 With a recent Pew study finding (again) that 29% of millennials are religiously unaffiliated, we've been reading some familiar rhetoric about what it means to be religious in this country.

The rise of the unaffiliated is fuel for old fires: religious leaders decrying the moral decay of our great nation and militant atheists gleefully forecasting the eventual extinction of religious belief. The study's findings, however, demonstrate something very different about our generation than the headlines suggest.

When similar data was released in October 2012, it seemed like everyone was talking about the "nones,"  but this time around, coverage is emphasizing what many millennials already know: Declining religiosity has much less to do with lack of religious belief and much more to do with lack of belief in religious institutions.

We grew up in the shadow of the "religious right" resurgence of the '70s and '80s, a call to arms for the Christian majority in the U.S. that seared into the public consciousness the notion that to be a religious person in this country was to be socially conservative.

Consider, for instance, the infamous Westboro Baptist Church, which began its now characteristic anti-gay picketing in the '90s, decades after its founding. Westboro's most recognizable slogan "God Hates Fags," stands in contrast to the now 68% of millennials who favor same-sex marriage rights.

To be clear, all those who want gays and lesbians to be able to marry legally are not irreligious. Even if all of the unaffiliated favored same-sex marriage (they don't), that would still leave at least 39% of our generation who manage to simultaneously believe in same-sex marriage and a religious tradition.

Put another way: Religiously affiliated people make up more than half of those who favor same-sex marriage. These figures may come as a shock to those of us who came of age in an era when it has been easy to assume that Christians use their theology to justify marginalizing the LGBT community.

That is exactly why while 86% of us espouse belief in God, only 36% are willing to go so far as to say that they are "a religious person." Our generation knows that to call oneself religious is to invite others to assume a whole host of other not-so-nice things about you, and, frankly, we'd just rather not deal with that. So those of us who do hold religious beliefs often don't publicize them, and we certainly don't attend services with denominations that don't hold positions in line with our understanding of what is right.

Yes, we millennials are not joining churches, but we're not giving up on religious belief and we're certainly not less moral than our generational forefathers.

What we are is fed up with the "culture wars" narrative that saturates U.S. politics. We're fed up with religious leaders who tell us there's only one position on any issue if you truly believe in God, and secularists who say that we only make progress by being hostile toward religion. We've seen the useless animus left in the wake of that argument, and we increasingly want nothing to do with it.

We don't just distrust organized religion. In fact, the title of this most recent study highlights our relative "detach[ment] from institutions" in general. The characterization reflects not only a decline in religious affiliation, but in political affiliation, too. A striking 50% (yes, half!) of our generation thinks of ourselves as political independents. But rejecting the existing political parties doesn't stop us from voting at the same rate that Baby Booomers did when they were our age.

Instead of the Moral Majority, we have Moral Mondays. Organizations like Sojourners, Groundswell, Faithful America and Standing on the Side of Love are demonstrating that traditional "religious" positions on political issues aren't even close to representative of the way that our faiths actually inform our politics.

As a result, our generation is doing away with the institutions (religious and political) that feed and are fed by the culture wars narrative. We're calmly and consistently reminding everybody that the way we've done things before is on the way out, because when millennials stop showing support for something it can have no future.

This is a subtle revolution, but a significant one, and it's why I'm one of the 49% of millennials who believe that the country's best years are yet to come.