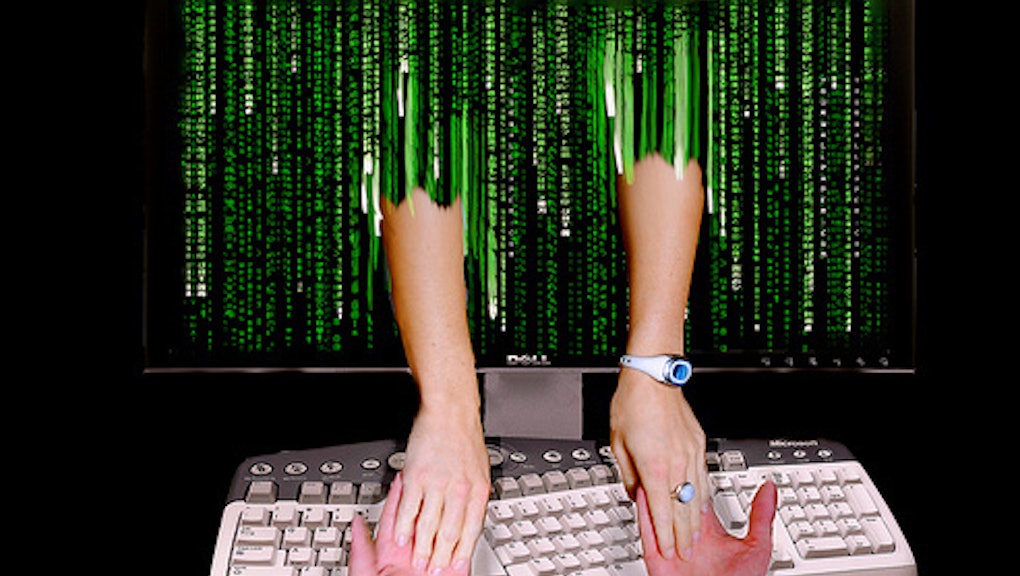 If you and your date share a penchant for horror movies, you could be in for a scream — of a commited relationship, that is.

The founders of OkCupid sifted through more than 275,000 match questions and a whopping 776 million answers — they are Harvard mathematicians, after all — and pinpointed three questions that will tell you whether you and your date have long-term potential:

Do you like horror movies?Have you ever traveled around another country alone?Wouldn't it be fun to chuck it all and go live on a sailboat?

After analyzing the profiles of nearly 35,000 successful couples who met on OkCupid, the researchers found that a third of lucky lovers agreed on all three questions. That's 3.7 times the rate of simple coincidence.

The reason these questions work is because they're simple enough to bring up on a first date, but they also "correlate to the deeper, unspeakable issues people actually care about" — like whether you could live without human interaction or enjoy the salty taste of sea air. It actually almost makes sense, right?

The OkCupid founders also revealed a few other hacks to sneak information about your date.

For example, if you want to know whether your date will sleep with you on the first date, ask them if they like the taste of beer. Those who do are 60% more likely to have sex with someone they just met. If you're curious whether your date is religious, ask them whether spelling and grammar mistakes annoy them. If they say no, they're probably somewhat religious — because tolerance correlates with a belief in God, the OkCupid wizards point out. And if you want to suss out your partner's political stance, ask whether they prefer the people in their life to be simple or complex. People who prefer complexity are more likely to be liberal when it comes to issues like the death penalty and same-sex marriage, and vice versa.

Unless you feel like spending all day online trying to find your perfect match, or moving to a bigger city, you're probably better off following these simple steps to increase your chances of finding your match. After all, the guys behind this data did invent the website's algorithm.

If it still doesn't seem to be working, just give every profile you see a five-star rating. This guy did, and he's OkCupid's most popular straight male in New York City. Or, for the more mathematically inclined, you could follow this Boston math whiz's example — he created an algorithm to sort his best matches for sorting matches and found his fiancee.