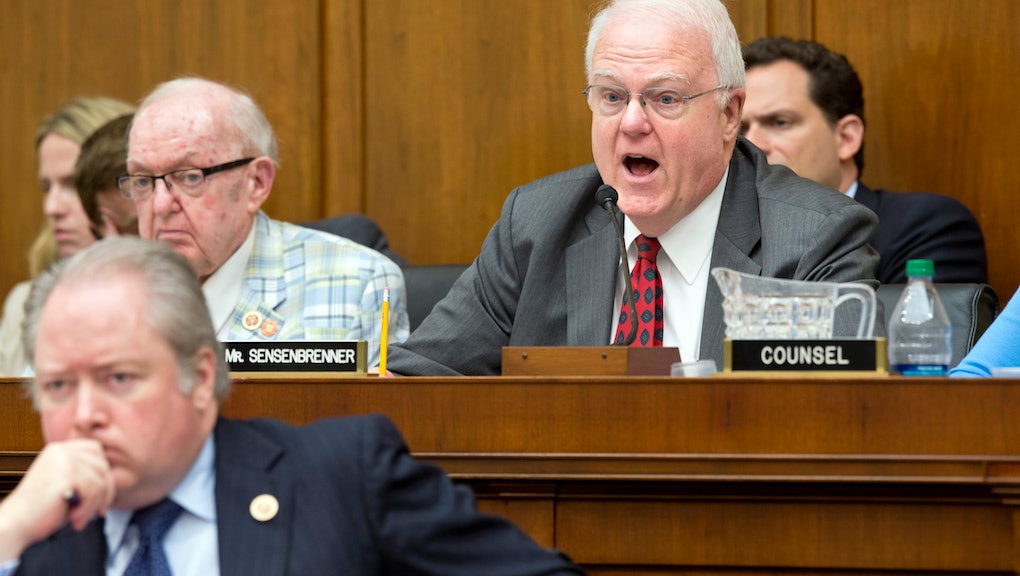 On Thursday, Rep. Jim Sensenbrenner (R-Wis.) wrote a letter to Deputy Attorney General James Cole criticizing the CIA's spying scheme: "Tapping into computers used by members of Congress and attempts to use the Justice Department to intimidate congressional staff is a gross violation of the constitutional principles of separation of powers. It paints an almost-Nixonian picture of an administration that believes it can act with impunity behind a veil of secrecy," he wrote.

This is a powerful statement, especially considering Sensenbrenner is the man who introduced the USA PATRIOT Act on the Senate floor.

While Assistant Attorney General Viet Dinh was the original author of the legislation, Sensenbrenner was widely considered "one of the architects." But, ironically, while he stood behind the principles of the PATRIOT Act back then, he now believes its implied powers have been stretched beyond the original intention.

"While I believe the PATRIOT Act appropriately balanced national security concerns and civil rights, I have always worried about potential abuses," Sensenbrenner wrote in a letter to Attorney General Eric Holder last year, protesting the National Security Agency's (NSA) domestic spying operations. "I do not believe the broadly drafted FISA order is consistent with the requirements of the PATRIOT Act. Seizing phone records of millions of innocent people is excessive and un-American."

The NSA and the CIA's operations go beyond the original scope of the PATRIOT Act, Sensenbrenner argues, because it was only intended to authorize operations if there is probable cause — not to create an undiscerning dragnet across America. "Congress intended to allow the intelligence communities to access targeted information for specific investigations. How can every call that every American makes or receives be relevant to a specific investigation?" Sensenbrenner asked in an op-ed for the Guardian last year.

Now, Sensenbrenner is a co-sponsor of the USA Freedom Act, which hopes to curtail the NSA and other agencies' spying powers, and to increase transparency concerning such operations. From introducing the most sweeping surveillance legislation in American history to becoming a crusader against executive blank checks, the congressman has certainly come a long way.