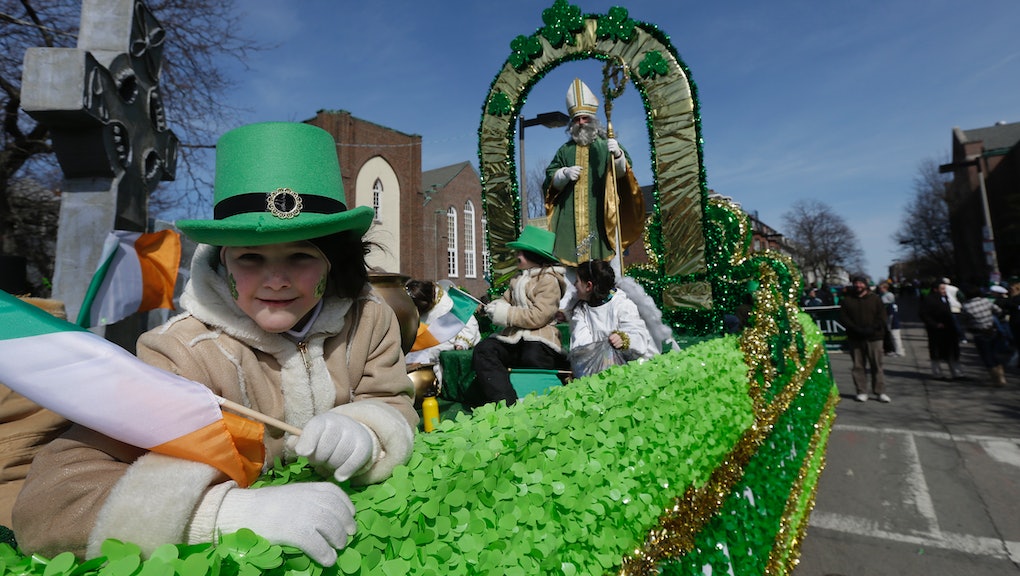 The news: St. Patrick's Day is usually known for Irish pride, rowdy parades and plenty of booze, but two beer companies are refusing to participate this year for one important reason: LGBT rights.

On Friday, Boston Beer Company — the maker of Sam Adams — said it will no longer sponsor the annual South Boston parade because LGBT groups are not allowed to march. Heinken has pulled out of the New York City parade for the same reason, because if there's one way to get drunk revelers to think seriously about LGBT representation, it's cutting off their beer supply.

Well known parties: Both cities are famous for their St. Patrick's Day events: New York hosts the biggest parade in the country, with 2 million bystanders attending ever year, while Boston's is the oldest — its first parade goes all the way back to 1737. But this year, the mayors of both cities will boycott their respective parades for excluding LGBT participants, and these beer companies have been quick to follow suit.

"We were hopeful that both sides of this issue would be able to come to an agreement that would allow everyone, regardless of orientation, to participate in the parade. But given the current status of the negotiations, we realize this may not be possible," announced Boston Beer Company, which has been sponsoring the South Boston parade for nearly a decade. Their decision came a day after a Boston bar announced that it will boycott Sam Adams for its affiliation with the parade.

Soon enough, Heinken withdrew its New York sponsorship as well. "We believe in equality for all. We are no longer a sponsor of Monday's parade," the company said.

Back and forth: The issue came to a head after Boston organizers said they would allow LGBT participants to march in the parade, but only if they don't carry any signs or identify themselves as such. "Our theme is St Patrick's Day and Evacuation Day. It isn't a sexually oriented parade. They have parades for that," said Philip J. Wuschke Jr., one of the organizers of the Boston parade.

What Wuschke may have forgotten is the fact throughout Ireland — in Dublin, Galway, Cork and more — LGBT groups are allowed to march freely at St. Patrick's Day parades. Chicago allows its participants to carry LGBT signs and banners as well.

Even if the Boston and New York organizers don't change their mind this year, the online backlash — as well as the high-profile boycotts by their mayors and their beer sponsors — may lead them to reconsider their stance in the future. After all, what's St. Patrick's Day but an opportunity for everyone — regardless of background — to get drunk and have a good time?