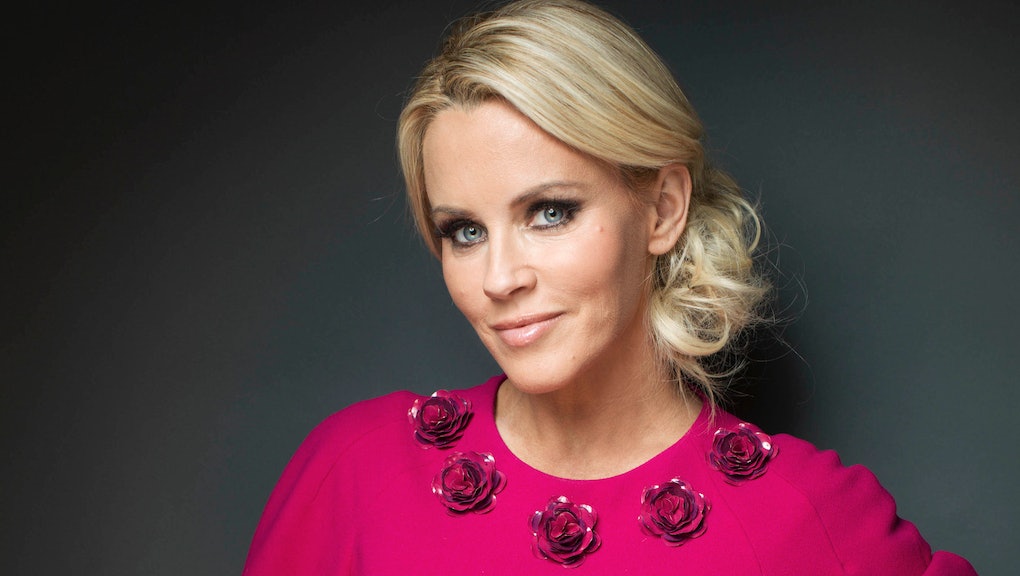 Anti-Vaccine Truthers Are Pushing a Deadly Agenda on America

The news: On Thursday, Jenny McCarthy asked her 1.13 million twitter followers a question: "What is the most important personality trait you look for in a mate? Reply using #JennyAsks."

McCarthy is known for a few things: former Playboy model, a small film and television career, being married to Jim Carrey for five years, being a co-host of The View and, most notably, an extremely active proponent of the anti-vaccine movement claiming that they cause autism. And it's the last thing that many of McCarthy's twitter followers had in mind when responding to her twitter question — the overwhelming response this #AskJenny: someone who isn't anti-vaccination.

A number of Twitter users took hold of #JennyAsks and just went to town.

The problem. The anti-vaccination movement is becoming a terrifying epidemic in America, and McCarthy has been a figurehead of the anti-vaxx movement. Ever since McCarthy's son was diagnosed with autism in 2005, she's been leading the "anti-toxin and anti-schedule" movement, claiming that the standard vaccination schedule for kids is "too many too soon" and the "toxins" in vaccines are dangerous for children.

However, this is purely anecdotal correlation evidence and there's no sign of any real causation. But perhaps because autism is such a scary condition about which very little is known, many parents are looking everywhere for answers, and McCarthy's seem very convenient.

And the sentiment is spreading. Just compare a pro-vaccination Facebook page such as Vaccine Smarts with its measly 100 likes to the anti-vaccine Vaccine Skeptic Society page with 2,290 likes. There's nothing especially exciting or sexy about vaccinating your child, but there are a lot of parents worried about unseen side-effects, and if they think that avoiding vaccinations is the magic bullet in this fight, it's no surprise that the movement is growing so quickly.

This needs to change. This week's Twitter firestorm against McCarthy is a promising sign, but more people need to take real action against the anti-vaccine truthers. We can't just keep writing off Jenny McCarthy and co. as a bunch of pseudo-science crazies who will just disappear — because they're not disappearing. The numbers are growing and as each new parent starts to believe that not-vaccinating their child is the smarter move, the more problems future generations will have. We already saw the recent measles outbreak in New York City as a dangerous repercussion of the anti-vaccine movement, and that is just the first of what could be many dangerous outcomes.