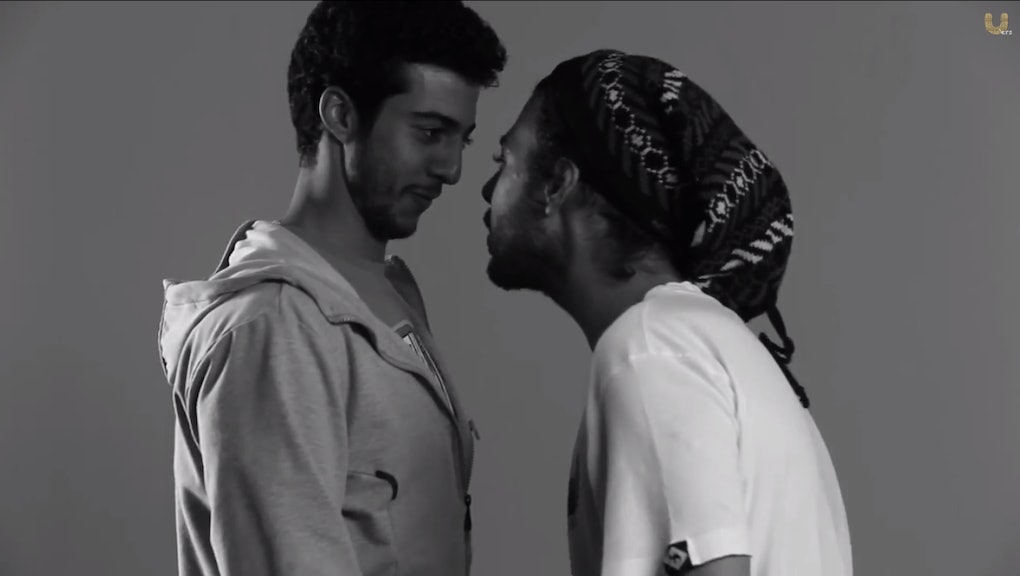 Saudi Men Parody the First Kiss Video, and It's Even More Awkward Than You Imagine

Last week, after the "First Kiss" video went viral, word spread that it was actually an ad campaign for a small clothing company.

But now there's a Saudi parody, showing what it would be like to get a bunch of (presumably) straight men to participate in a similar scenario, but instead of kissing, they are touching noses (a greeting sometimes used between men in some parts of the Arab world).

At 2:31, one of the participants sums up what seems to be the theme of the experience: "This is getting weird, man."

The hilarious video was made by UTURNent, an online Saudi entertainment channel. For more videos from the group, check out their YouTube channel (while this video has English subtitles, most of the others do not).