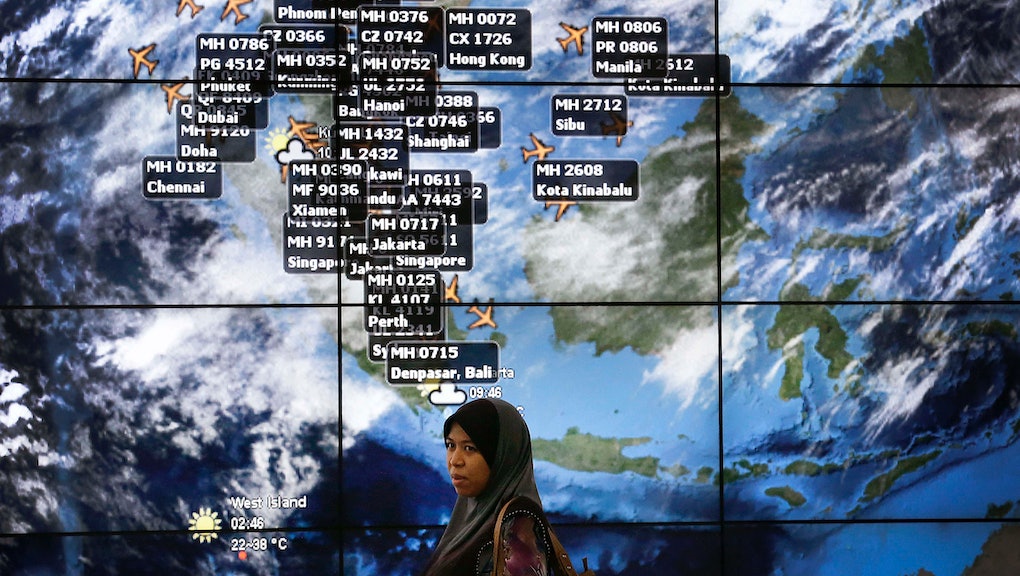 The Simplest, Most Plausible Explanation Yet of What Happened to Flight 370

What brought down Malaysia Airlines Flight 370? The past 10 days have seen investigators, media and amateur sleuths alike all propose their own versions of what happened to the missing plane. The authorities now rank sabotage or hijacking as the most likely candidates for what brought down the plane.

We've heard complicated theories: Some have guessed that the perpetrators were so skilled that they were able to use a trap door outside the cockpit to disable communications systems, shutting down the transponder and then piloting the plane either to a quiet suicide over the Indian Ocean or to an unknown destination in Central Asia. If true, the plot would be one of the most complicated and mysterious air hijackings in history. And we would still be no closer to understanding who pulled it off or why.

But former pilot Chris Goodfellow, who found this level of speculation "almost disturbing," has a pretty simple theory for what might have happened to MH370: an electrical fire.

It goes like this: Shortly after takeoff, MH370 was flying out over the ocean and the co-pilot signed off to Malaysian air traffic control. Smoke began filling the cockpit as the pilots realized one of the plane's systems had caught fire, most likely the tire on the front landing gear. They immediately turned course towards the nearest airport, Pulau Langkawi, which had a 13,000 foot runway. Senior flight captain Zaharie Ahmad Shah, who had more than 18,000 hours of flight experience, did exactly what he was supposed to do and punched in the coordinates of the airport into the autopilot. They issued no emergency transmission, instead turning off the electrical busses one by one in an attempt to isolate the fire, in the process disabling the transponder and ACARS automated update system. This would be standard procedure, as an airborne emergency's priorities are "aviate, navigate, communicate."

Smoke filled the cockpit, and the pilots either died or passed out from asphyxiation before the emergency transmission could be sent. Then the fire either killed, incapacitated or overwhelmed the cabin crew and some or many of the passengers, who for one of various reasons could not enter the cabin to try and land the plane.

The flight continued on auto-pilot in the direction of Pulau Langkawi, passing by without ever receiving instructions to land. The engine-update system continued to "ping" the satellite, while the plane flew on for six or seven hours until it ran out of fuel and crashed.

This makes pretty good sense. As Business Insider writes, "This theory fits the facts. It makes sense. It explains the manual course change as well as the 'pings' that a satellite kept hearing from the plane. It requires no fantastically brilliant pre-planning or execution or motives."

Concluded Goodfellow, "Get on Google Earth and type in Pulau Langkawi and then look at it in relation to the radar track heading. Two plus two equals four. For me, that is the simple explanation why it turned and headed in that direction. Smart pilot. He just didn't have the time."

The most credible theory so far happens to be the simplest, and it doesn't have anything to do with terrorism, pilot sabotage or nefarious intervention of any kind. It explains the course of the flight as the crew did their best to correct a terrible and unexpected accident which sent 239 people to their deaths. Occam's razor.