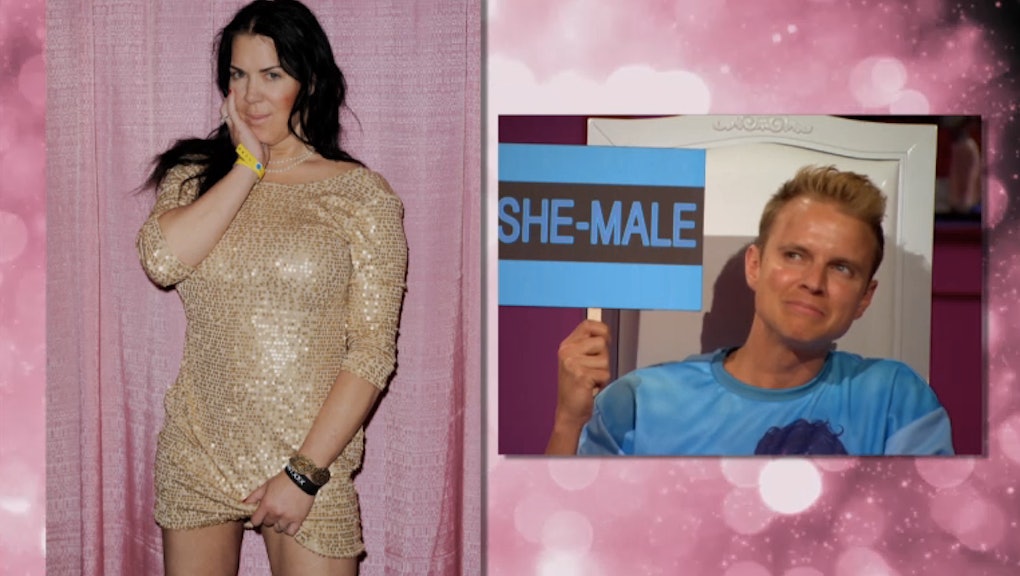 RuPaul, it seems, has done it again. If the pioneering drag queen and entertainer's uninformed and insensitive comments on the transgender community in the past were not enough, RuPaul's Drag Race's latest episode featured contestants evaluating images of "females" and "shemales."

The stunt immediately provoked a renewed wave of backlash from the transgender community and its supporters, who claimed RuPaul's use of the term "shemale" was derogatory and transphobic.

On Monday night RuPaul's reality show contestants were shown pictures of body parts of cisgender heterosexual women such as Christina Aguilera, former WWE wrestler Chyna and "Tan Mom" Patricia Krentcil alongside photos of well-known drag queens. Contestants were asked to decide if the legs, lips or hips they were shown belonged to a female or a shemale.

His perceived insensitivity was not lost on the public, however, who took to social media to voice their frustrations with the problematic segment.

As someone who has arguably let down the transgender community in the past by saying things like the difference between a transsexual and a drag queen is "about $25,000 and a good surgeon," RuPaul's latest mistep is particularly frustrating for those who feel he has purposefully ignored past critiques.

This is certainly not the first time transgender advocates have called on RuPaul to stop using transphobic and dehumanizing phrasing like "shemale" or "tranny."

RuPaul has previously stated, "No one has ever said the word tranny in a derogatory sense." When he was asked about Lance Bass' apology for using the word "tranny," RuPaul doubled down, saying, "It's ridiculous! It's ridiculous! ... I love the word tranny ... And I hate the fact that he's apologized. I wish he would have said, 'F-you, you tranny jerk!'"

So is the mogul attempting to reclaim these hurtful terms? Or does he really just not get it?

Given the cultural legacy of the terms "tranny" and "shemale," it would seem neither should have any place in a show ostensibly celebrating drag culture. At best they would seem to be in bad taste, but at worst joking about "shemales" may encourage damaging stereotypes about the trans community and signal that it's fun and acceptable to call out women for "masculine" looks.