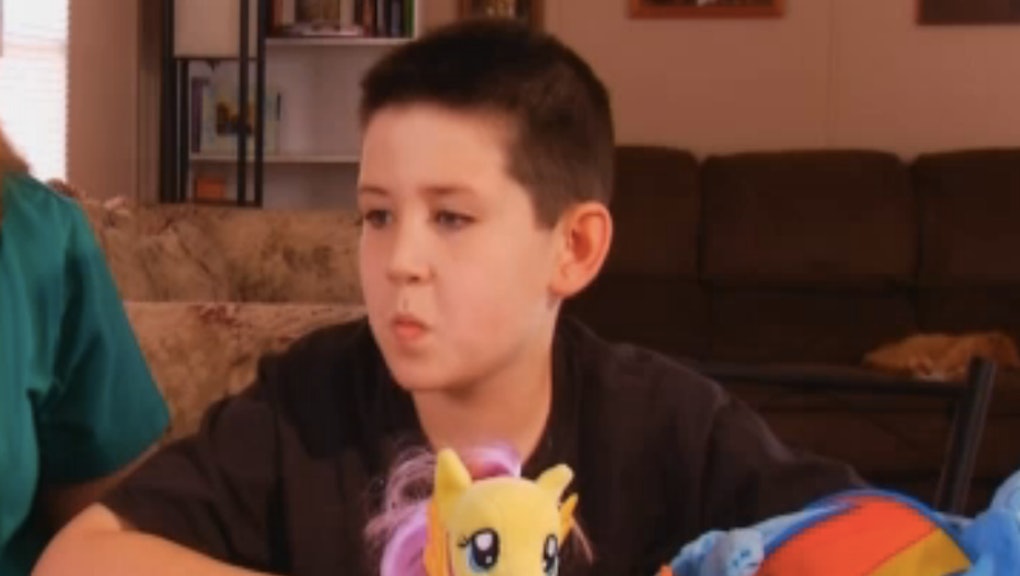 A 9-Year-Old Was Bullied for His 'My Little Pony' Backpack. What Happened Next Is Amazing.

A kid's choice of lunch box is a serious matter. Whether it's Power Rangers or Disney princesses, the lunch box represents the child's tastes and the part of his or her personality that he or she chooses to display to others.

So it's pretty awful that 9-year-old Grayson Bruce was bullied for having a lunch box featuring Rainbow Dash, a character from his favorite cartoon, My Little Pony. But it's even worse that the school's response was to take no action against the bullies and to tell Grayson to lose the book bag.

My Little Pony, with its googly-eyed characters and pastel colors, is considered by some to be a show (and now, a phenomenon) for girls. But that binary definition of gendered entertainment is thankfully becoming a thing of the past in America, where more and more children are rejecting gender stereotypes when it comes to the toys they play with or the activities they enjoy.

Arguably, social pressures are worse for boys who don't fit the macho stereotype; girls are certainly welcome on the soccer floor, but as soon as a boy wears pink — or likes a TV show about rainbow-colored ponies — the bullies come out, the school gets involved and the child gets reprimanded. Earlier this year, 11-year-old Michael Morones — another "Brony," or male fan of My Little Pony — even tried to commit suicide after he was teased at school for liking the TV show.

Bruce also noted that the school counselor told her that her son was "asking for trouble."

Thankfully, not everyone agrees with the school's warped understanding of who's the troublemaker in this situation. A Facebook page called Support for Grayson — "Rainbow Dash is awesome, Grayson is awesome, bullying is not awesome" — has garnered over 50,000 likes.

Even the team behind My Little Pony has weighed in. Meghan McCarthy, co-executive producer and head writer on the show, tweeted her support for Grayson.

The definition of a bully is one who uses his or her position of power to intimidate, suppress or coerce those who are weaker. By banning Grayson's lunch box and taking no action against the bullies, the school itself became the bully.

There are many ways the school could have responded better without contributing to bullying culture or resorting to victim blaming. Hopefully this controversy will spark a broader conversation about how we respond to questions of gender nonconformity in children. And if after all this some adults are still confused, all they really needed to do was look toward Ponyville, where society operates on one maxim: Friendship is magic.