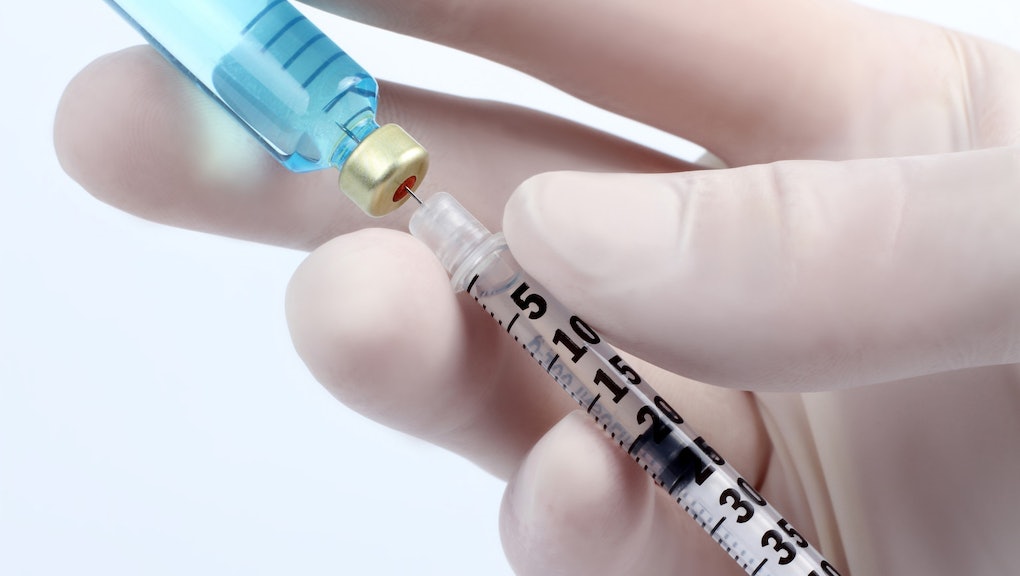 7 Biggest Lies Spread by the Anti-Vaccine Movement, Debunked by Science

Vaccines are a wonder of modern medicine that have eradicated long-standing deadly diseases and led to increases in quality of life and life expectancy all around the globe. Despite this fantastic track record, incredibly 1 in 10 American parents delay necessary vaccine shots for their children or refuse them completely.

While it's easy to dismiss many anti-vaccine truthers as tin-foil hat conspiracists, these alarming numbers mean that many anti-vaxxers may actually be normal and concerned, but misguided parents. But why is anti-vaccine propaganda proving effective in many circles? It isn't because truthers are good at injecting paranoia into others. It's because, as Neil deGrasse Tyson says, like climate change deniers, they're good at "cherry-picking science."

Anti-vaccine truthers manipulate research and data and pass it off as pseudoscientific evidence, thereby confusing the public. While it's impossible to list every single way they do this, it's important to be aware of the tactics the anti-vaccine crowd use. Here are some of the more common ways in which anti-vaxxers dangerously obfuscate science:

To back up their claims, anti-vaxxers will hit you with these graphs:

Debunk: Wrong! What the anti-vaccine truthers won't show you is these:

Notice the difference? Both graphs are real, but one shows death (mortality), while the other shows cases (morbidity). This is an anti-vaxxer slight of hand. While improved socioeconomic conditions such as sanitation did have a big impact on lowering the death rate, they didn't eradicate disease. In cases such as polio, many survived longer thanks to better medical care but were ensconced in iron lungs. The morbidity graphs clearly show that it was vaccines that eliminated the spread of the diseases.

Debunk: Here, anti-vaxxers do two things to cloud the science. Firstly, they ignore how basic chemistry works. While metals like mercury and aluminium can be dangerous in pure forms, in vaccines they are used in very small amounts as preservatives, similar to how they come in safe chemical forms commonly found in everyday life:

Anti-vaxxers also ignore the fact that toxicity depends on dose. Formaldehyde can be toxic in large quantities, but it's safe in small quantities and is in many foods we consume:

Adapted from Centre for Food Safety

The body also makes 500 mg of formaldehyde a day for DNA synthesis. A vaccine contains only 0.1 mg of formaldehyde, far less than in fruit or the human body. A baby can break this amount down in just under 2 minutes.

3. No more need for vaccinations

Anti-vax claim: Because most dangerous diseases have been virtually eliminated in wealthy countries like the United States, vaccinations have basically become unnecessary.

Debunk: It only takes a few cases for an outbreak to resurface in a population with low vaccination coverage. In fact, due to anti-vaccine paranoia, there's been several measles (red) and whooping cough (green) outbreaks in the US recently:

Importantly, getting vaccinated protects those around us. A small number of the population are unable to be vaccinated (small children, the elderly), so their protective barrier is vaccinated people around them who stop the spread of the disease. This concept is known as "herd immunity."

Debunk: The number of immune challenges that children fight every day (2,000 — 6,000) in the environment is significantly greater than the number of antigens or reactive particles in all their vaccinations combined, which is actually decreasing:

Anti-vax claim: Side-effects from vaccines are a far greater risk than the small chance of catching the disease.

Debunk: Vaccines are very safe and any side effects experienced are mild and temporary, such as a sore arm or mild fever. By contrast, contracting the disease is associated with severe risks:

The decision aid above shows that for people with measles, 15 out of 100 have severe symptoms (in red) leading to hospitalization, compared with almost none for those vaccinated. In fact, according to the CDC the chance of death from contracting measles (1 in 500) is far higher than having a non-fatal severe allergic reaction to the MMR vaccine (1 in 1,000,000).

Anti-vax claim: Those who are vaccinated are less healthy than those who remain unvaccinated.

Anti-vaxxers will even show "studies" like these, claiming that vaccinated children are up to 5 times more likely to have diseases:

Debunk: The above results are actually from an unscientific, biased Internet survey. Still, it didn't stop sites like Natural News touting them as truth. Here's what a real scientific study shows:

Namely, the only difference in health between vaccinated and unvaccinated children, is in those who get vaccine-preventable illnesses (duh). For non-specific infections and allergies, there's no difference:

This reveals another anti-vaxxer strategy: trying to falsely modify data and pass it off as legitimate science.

Anti-vax claim: Vaccines cause autism because the cases of autism increased when the MMR shot was introduced.

Debunk: Of course this misunderstanding has long been famously exposed.The tactic that anti-vaxxers used to spread fear were graphs like the one above. But the data did not account for factors like rise in the state's population, changes in medical definitions and earlier diagnosis. A more thorough study in Japan where MMR was stopped and then later reintroduced, provides a clear picture that autism isn't linked to vaccination.

Bottom line? Correlation doesn't mean causation, yet anti-vaxxers continually try to link things that have no connection scientifically. Not cool.