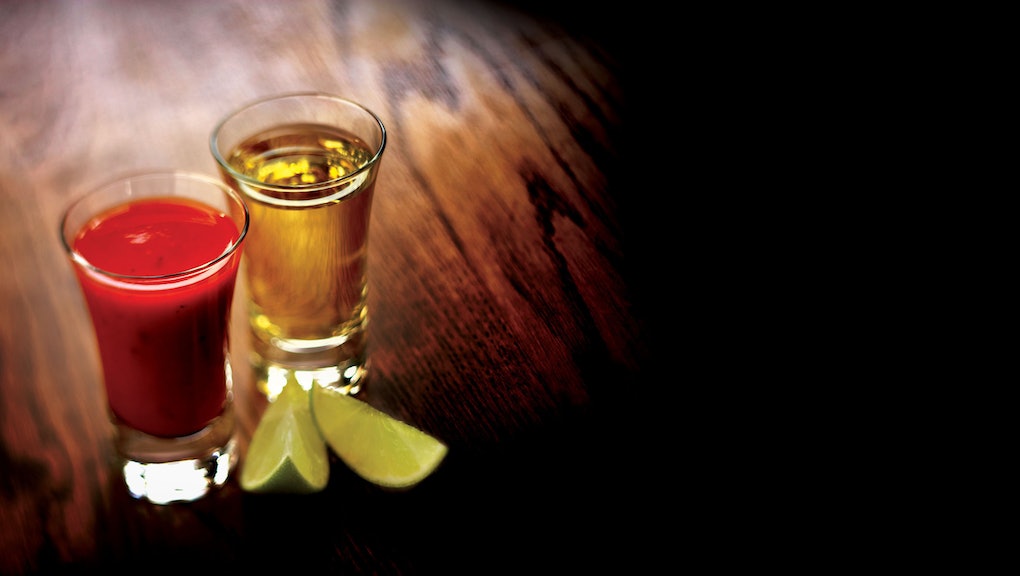 Scientists Say This Could Help Lead to Weight Loss

Let's have a round of shots for everyone — because we may have just found the best medicine ever.

New research by scientists in Mexico indicate that a naturally-occurring sugar in tequila may be the answer for weight loss, as well as lowering blood glucose levels for people suffering from Type II diabetes.

What is it? The sugar is called agavin and is found in the agave plant, the key ingredient in tequila. But unlike agave syrup, a popular sweetener derived from the same plant, it is not digested by the human body and does not raise blood sugar. It also boosts the production of insulin and acts as a dietary fiber, making people feel fuller.

"We believe that agavins have a great potential as light sweeteners since they are sugars, highly soluble, have a low glycemic index, and a neutral taste, but most important, they are not metabolized by humans," the authors of the study wrote. "This puts agavins in a tremendous position for their consumption by obese and diabetic people."

Amazing? A natural sugar that curbs appetites, contributes no calories and lowers blood sugars, cholesterol and triglycerides sounds almost too good to be true! Well, it kind of is: agavin is not as sweet as other sugars such as sucrose, fructose and glucose. And while there are no known side effects, agavin is a fiber, which means some people may not be able to tolerate it.

So does this mean tequila shots will make you healthier? Not exactly. When tequila is made, agavins from the plant are converted into ethanol and combined with other sugars such as glucose and sucrose. There are no actual agavins in the finished product.

It will still be a few years before we see agavins in our grocery aisles, as tests have been limited to mice so far. But while agavin might not be the sweetest sugar in the world, nothing beats the triumphant sweetness of tackling diabetes and obesity — and we'll raise a glass to that.