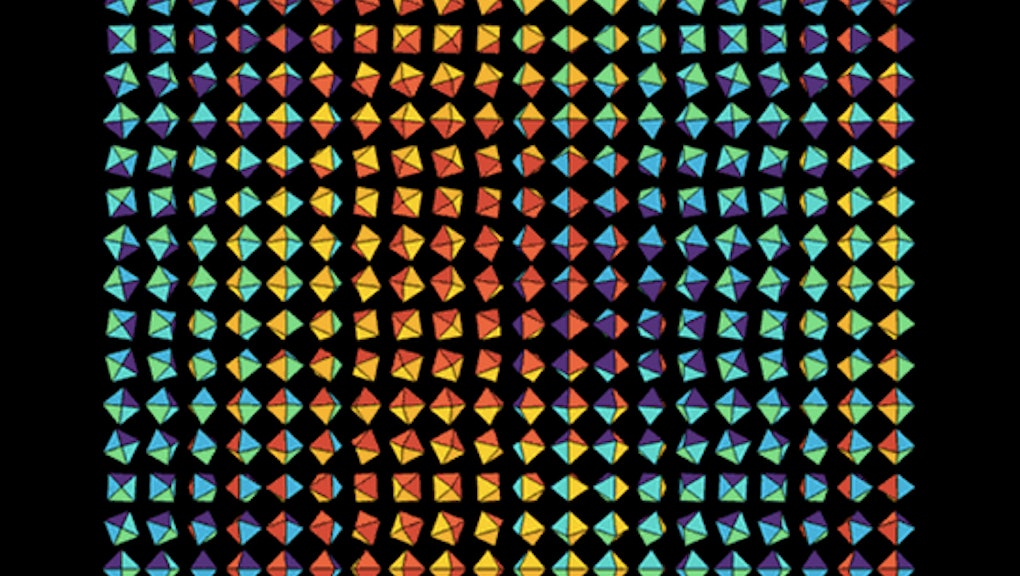 GIFs get a bad rep. Sometimes, this is understandable:

But contrary to popular belief that GIFs are always silly, they're one of the most effective media through which to express universal feelings.

Proof lies in the work of graphic designer David Szakaly, whose trance-inducing GIFs completley change how we should see this supposedly low-brow form of communication. Szakaly has been designing and sharing his twirling GIFs on Tumblr since 2009. While most people use GIFs as a light-hearted means of expression, Szakaly transforms these ceaselessly moving images into hypnotic works of art.

And he's not the first to see artistic potential in something our generation uses to communicate. His work is reminiscent of the enigmatic Japanese Tumblr rrrrrrrroll, which posts GIFs of strangely entrancing spinning woman.

Perhaps we're in the middle of a GIF renaissance. And who knows? As the Internet continues to push the boundaries of art, maybe one day we'll see GIFs on the walls of a gallery.

Check out Szakaly's creations. Beware: They may cause dizziness.