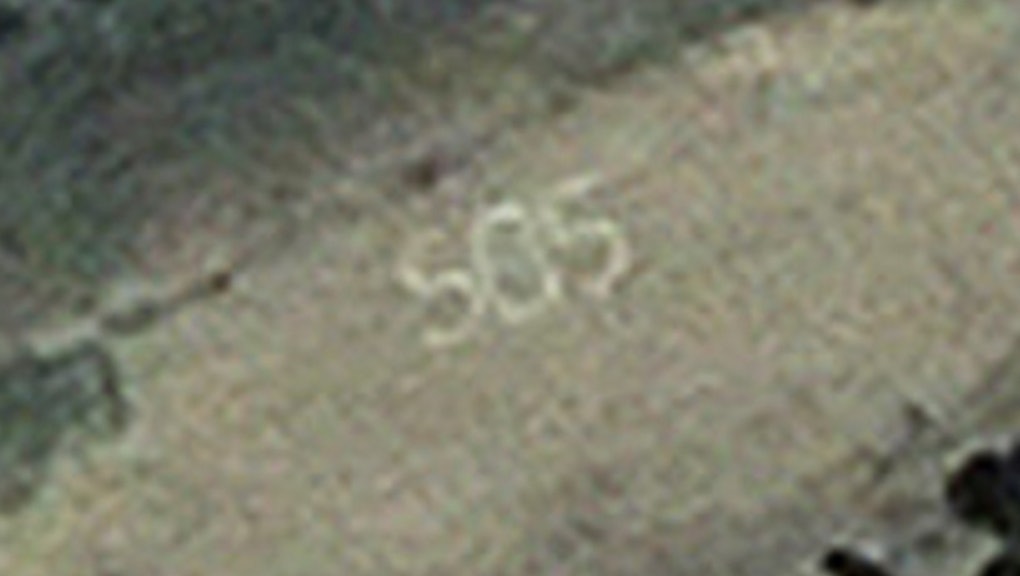 If you've been on Facebook lately, you've likely seen the NewsHound story about a woman who was found via Google Earth satellite photos after being marooned on an island for seven years. Unfortunately for those of us who think that technology can solve all of society's ills, including being subjected to a real-life version of Castaway, the story is definitely fake.

According to the article, British woman Gemma Sheridan and two friends became shipwrecked in the Pacific during a voyage from Liverpool to Hawaii via the Panama Canal. She says a huge storm wiped out the boat's electronics, sweeping her companions overboard and seriously damaging the boat. Seventeen days later, she was hit by another massive storm, waking to find herself alone on a desert island:

Within the first hour I had a major panic attack. It was a disturbing feeling, being alone, isolated, so far from home without a hope.

I had been on water rations for the last 2 weeks, so finding water was the first priority. There where no pools of fresh water, so I had to rig up a contraption that drew the water away from the rock and it provided for one drop every 40 seconds. That was my water source, so it was coconuts until it rained. Not a great start.

The rest of the story is heavy on fantastical survival stories and light on details, but the gist of it is that the fictional Sheridan built an SOS sign on the beach, which was later spotted via Google Earth by "Some kid from Minnesota":

Cue eye-roll. Despite being a lie in every sense of the word, the fabricated story has inspired thousands of Facebook and Twitter shares, comments and likes, all from the easily duped. It took Twitter a little while to catch up with reality:

The folks at Waffles At Noon determined the "SOS" photo was actually from an embattled neighborhood in Osh, Kyrgyzstan in 2010, while details of the story are copied verbatim from an account by Ed Stafford, an Amazon explorer who survived 60 days on a desert island in the Pacific for a TV show.

Fool me once ... The fake Sheridan affair is another curious episode in Internet hoaxing as well as a testament to the power of social publishers like Viral Nova, which packages dubious stories with BuzzFeed-style headlines turned up to 11. There's actually not much difference between NewsHound's fake coverage of the SOS story and, say, Viral Nova's supposedly heartbreaking story about this abandoned dog whose owner died in Iraq — an urban legend dating to 2009. Perhaps the only distinction: Viral Nova is motivated by profit and traffic, while sites like NewsHound primarily seem to exist to trick people and laugh at the ensuing confusion. Either way, neither is more credible than the chain emails you used to get from your kooky relatives.

NewsHound is, in fact, one of many hoax sites that have become a minor phenomenon in recent years, and far from the first. Following in the brave footsteps of sites like the National Report, which bills itself as "America's #1 News Team" in hopes of fooling right-wingers into sharing obviously satirical articles, NewsHound has made a name for itself by publicizing stories like an imaginary planetary alignment in January that made the Earth gravity-free for five minutes.

Fool me twice ... About 98% of Americans distrust the information they read on the Internet, but for four reasons: too many ads, worry about outdated info, self-promotion and because the source is unfamiliar. And 94% believe "bad things can happen as a result of acting on inaccurate information online," usually wasting their time or downloading a virus. But while the U.S. is apparently hyper-critical of the Internet, somehow viral hoaxes continue to populate our Facebook feeds. Either there's a super-share-happy 2% of trusting dopes, or some of those 98% of Americans aren't being skeptical for the right reasons.