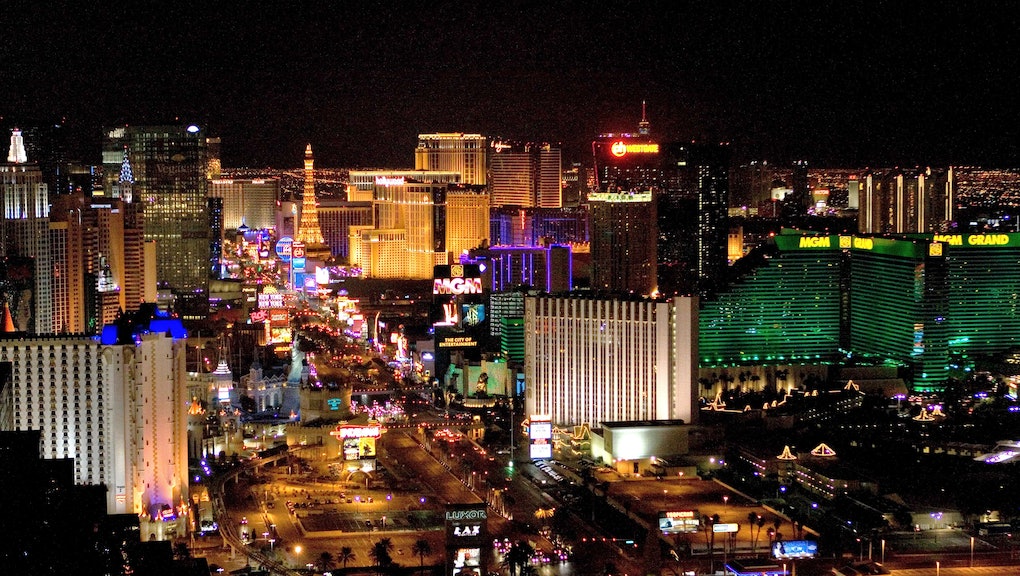 This Unexpected Metropolis Is the Future of Racial Harmony

When Las Vegas comes to mind, it's usually accompanied by memories of throbbing hangovers and squandered paychecks.

Rarely do you think of racial integration. But that might change soon, according to Al Jazeera: Vegas and other fast growing metros in America's Sun Belt — encompassing much of the South and Southwest — are more likely to see people of different races and ethnicities living side by side.

"I have never lived some place that was so diverse," said Andrew Spivak, a west Vegas resident and sociology professor at the University of Nevada at Las Vegas. "Probably half the kids are black or Hispanic."

"Doesn't matter if you're black or white." There's a simple reason for this: Many older cities, especially in the Midwest and Northeast, remain starkly divided because of old segregationist policies — including redlining and discriminatory housing practices. The Fair Housing Act of 1968 was designed to combat these, but as ProPublica reports, the government did little to actually enforce it.

To worsen matters, the legacy of segregation, racial violence and hostility can stain a city's reputation for decades, swaying residents' housing decisions for years. The result is a country where "less segregated does not necessarily mean integrated."

But … The planned communities and residential subdivisions of Las Vegas are so new that this history doesn't apply. This is not to say bigotry doesn't exist: In the first half of the 20th century for instance, black residents were pushed to North Las Vegas and the area west of what's now I-15. Many rioted in response to the Rodney King verdict in 1992. Segregation maps still reflect this division:

But the real difference is seen more and more in the newer housing developments. The 2010 census found that Vegas is still pretty white in terms of sheer numbers — 62.1% of residents identify as Caucasian, followed by 31.5% Hispanic and 11.1% black. But the Population Reference Bureau ranks it second on its list of least black-white segregated cities in America, which is usually the starkest racial division, considering its history.

This is increasingly typical of such fast-growing metros, a list that includes Raleigh, NC and Riverside, Calif. On the other hand, shrinking or low-growth areas like Detroit and Chicago see more pronounced segregation:

Vegas experienced a 41.8% population growth rate between 2000 and 2010, one of the nation's fastest in that time span. People of different races and backgrounds are still drawn to the area's affordable housing, job prospects and increasingly family-friendly entertainment — even though the region led the U.S. in foreclosures for a long time after the financial crisis. This influx of new residents is bringing a more laissez-faire attitude toward who lives where — a difference that's especially apparent in the city's black-white segregation.

The takeaway: If you want to live in a "rainbow children of god"-level paradise where ebony and ivory live together in perfect harmony — well, it doesn't really exist in America. But Las Vegas and cities like it provide a promising glimpse into the future. If rapidly growing cities show higher levels of integration, it seems to speak well to our growing tolerance as a nation.

Not that there isn't work to be done. But it's a good start.