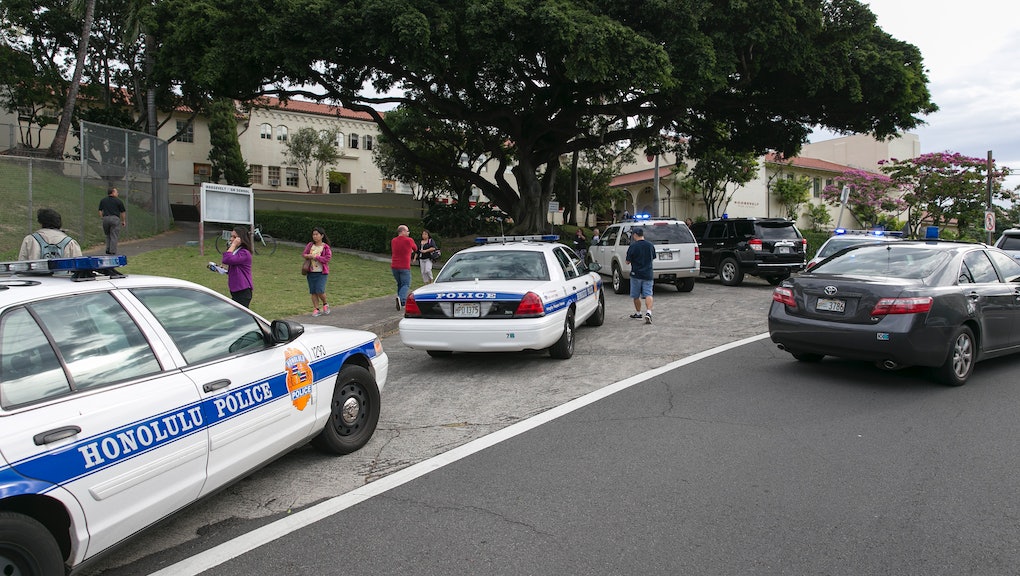 Honolulu police officers have exhorted lawmakers to maintain an exemption in state law that allows undercover police officers to have sex with prostitutes during the course of an investigation, insisting that they need the legal protection to "catch lawbreakers in the act."

That's right — apparently, undercover Honolulu police need to be able to have sex with prostitutes to do their jobs. Despite the fact that a 1991 study found that as many as 85% of prostitutes were abused prior to entering prostitution and other statistics say as many as 68% of them reported having been raped, somehow cops feel the need to seek legal protection to patronize prostitutes. And Hawaii is far from immune to the human trafficking tragedy that pervades the modern sex trade.

The Star Advertiser found weak justifications for the protection and many, many critics:

"It doesn't help your case, and at worst you further traumatize someone. And do you think he or she is going to trust a cop again?" says expert Derek Marsh, who trains California police on how to handle human trafficking cases. The protection is "antiquated at best" and cops can easily do their job without it.

Honolulu police Maj. Jerry Inouye argued that "... if prostitution suspects, pimps and other people are privy to that information, they're going to know exactly how far the undercover officer can and cannot go."

"I can understand you're in a drug den and you have a gun to your head and someone says, Snort this,'" said Equality Now head Lauren Hersh. But she also said that the idea of police protections for engaging in sex with prostitutes is "so dissimilar from that circumstance on so many levels."

As the Washington Post notes, this excuse is basically "So they promise they’ll never use it. But they’d still like to have the protection. You know. Just in case." They've taken to calling it the McNulty Rule, inspired by this episode from The Wire in which officer Jimmy McNulty gets caught in an inappropriate liaison with two prostitutes:

As Slate points out, feminist critics of prostitution are often torn between camps that want to decriminalize the sex trade or that see prostitutes as victims and want to crack down on pimps and johns. But both pretty much agree that prostitutes are abused by the police far too often. The idea of giving legal cover to a police officer who has the power to get away with paying for sex then later arresting the other half of that transaction for breaking the law is horrifying.