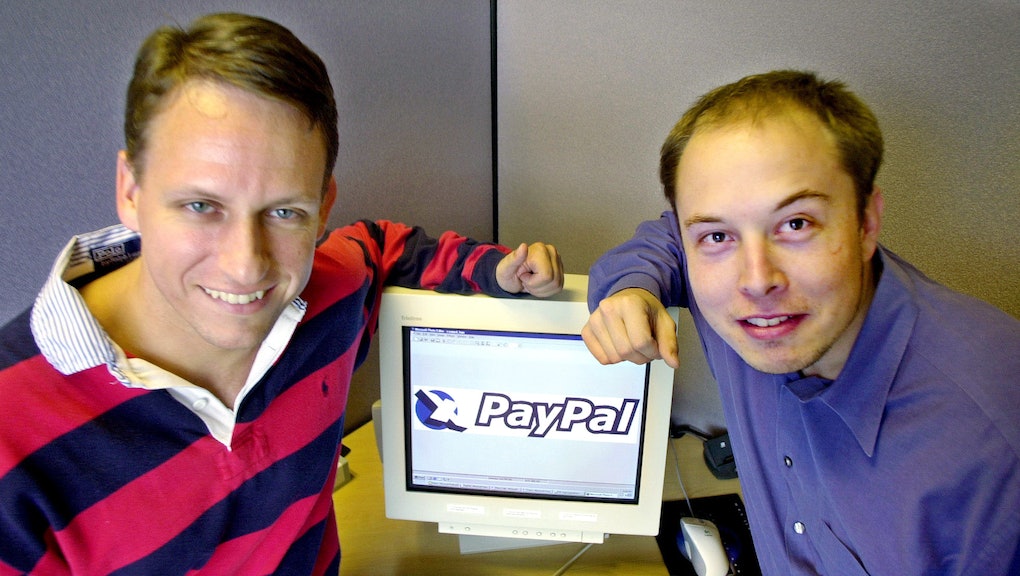 Why a Liberal Arts Degree Will Make You a Better Entrepreneur

Whatever you think of billionaire Peter Thiel — the man who gives college students $100,000 to drop out of college — you can't argue that he's able to recognize a smart business venture when he sees one. After all, Thiel gave Mark Zuckerbeg his first outside loan of $500,000. He also co-created the payment system PayPal and formerly served as CEO.

But Thiel didn't get his business-savviness through taking scores of finance courses. Instead, he studied philosophy at Stanford University.

He isn't the only successful business leader who chose a "soft major." Others include Stewart Butterfield, co-founder of Flickr; Ted Turner, founder of CNN; Carly Fiorina, former CEO of Hewlett-Packard; and Patrick Byrne, founder of Overstock.com.

Liberal arts majors may get a lot of flak, but there's a reason why 93% of the employers Hart Research Associates surveyed said "a candidate's demonstrated capacity to think critically, communicate clearly and solve complex problems" is extremely important.

There's also a reason why business schools are testing potential students on their emotional intelligence. All of these sought-after skills are lessons liberal arts majors learn in the classroom.

Here are five reasons why liberal arts degree will help you succeed in business:

How do you explain something extremely complex to the mass audience? As liberal arts majors will tell you, by studying and critiquing stories related to history and the arts.

Alison Albeck Lindland, who now works in the startup world at Movable Ink, a venture-backed agile marketing company, said that being a drama major really helped her to explain things in a way that her customers could understand:

"So many start-ups enter a new market with nothing to present except the value the consumer derives from their service, so you need to convey to your customers what that value is," she said. "Having been a drama major, I was very excited about the fact that storytelling is not just ancillary to the industry, but something you need to rely on."

You're taught to think and connect with others.

It doesn't matter if you're the smartest business person. Developing a keen emotional intelligence is crucial when leading and connecting with others.

At the Startup Institute, a bootcamp geared at teaching participants how to thrive in a startup culture in eight weeks, the accelerator promises to teach students how to recognize how others perceive them. This will "help them become a stronger team member at a small company."

This goal is to be able to define your weaknesses and understand other's strengths.

"That adaptability is where a liberal arts degree comes in," said the late Edgar M. Bronfman, CEO of Seagram Company Ltd. "There is nothing that makes the mind more elastic and expandable than discovering how the world works."

Before Steve Jobs was Steve Jobs, the Apple extraordinaire, he was a student at Reed college who couldn't make sense of his formal education. Six months into his studies, Jobs dropped out.

He did, however, stick around campus dropping in on classes that intrigued him. He told graduates during a commencement speech at Stanford in 2005 that the most impactful was Calligraphy, which he used when designing the first Macintosh computer.

Dave Serchuk at Forbes writes, "While it takes a keen analytical brain to create a new technology it takes a much larger set of skills to make that technology into something the average person will want to use, believe in, defend, and, yes, impart with soul. It takes a liberal education."

How do you argue a point when there is no right answer?

Liberal arts majors, no matter the subject, are schooled in this conundrum from the start.

"The ability to think clearly and critically — to understand what people mean rather than what they say — cannot be monetized, and in life should not be undervalued," said Bronfman. "In all the people who have worked for me over the years the ones who stood out the most were the people who were able to see beyond the facts and figures before them and understand what they mean in a larger context."

You'll have the ability to identify trends.

A good skill to have in a rapidly changing workforce is the ability to see possibilities.

David Mason, a serial entrepreneur and one-time senior executive at AOL.com, said that his liberal arts major taught him to scrutinize trends not only in history, but also in business.

As a student of history, Mason identified trends that led to occurrences throughout history. He was able to analyze the steps that led up to specific events, which helped him spot future trends. He used this skill right after graduating to launch SpeedServe, one of the earliest internet retailers, with his brother. SpeedServe eventually became a top internet retail company.

As an entrepreneur, you've got to be able to see possibilities, especially since most startups fail.