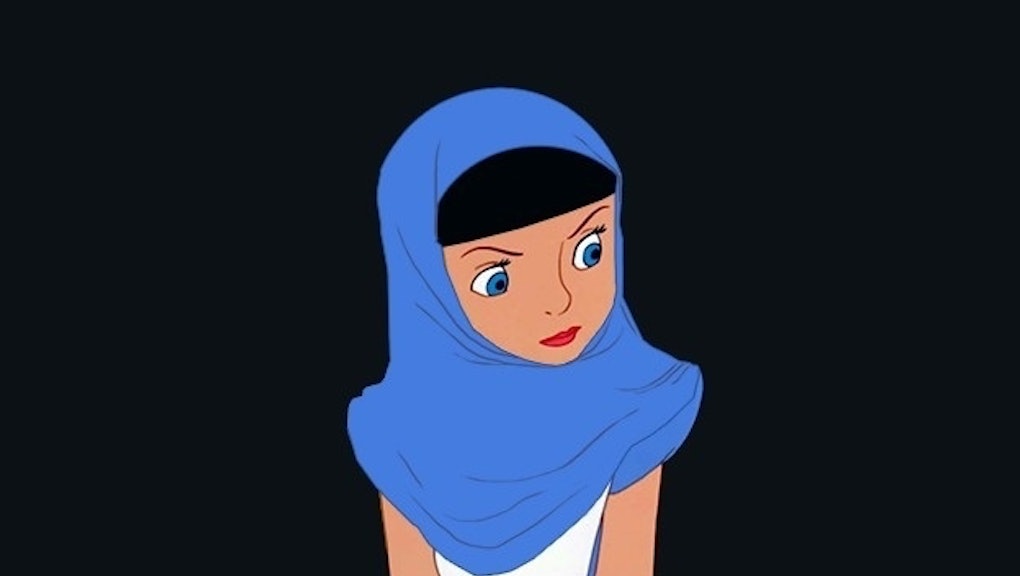 When ABC Family announced on Monday that they would be running a show called Alice in Arabia, it had a lot of people concerned that whatever was coming down the pipe would be a nasty pile of stereotypes. It certainly didn't help that ABC said that Alice in Arabia was "about an American teenage girl kidnapped by her extended royal Saudi Arabian family and forced to live with them."

Fortunately, after meeting with officials from the Council on American-Islamic Relations (CAIR), the show was canceled. But BuzzFeed has obtained an early copy of the script — and it's pretty much exactly what critics feared. The show, written by former Army cryptologic linguist Brooke Eikmeier, "broadly plays on a familiar narrative of a beautiful girl kidnapped from the United States by sinister Arabs, held against her will in the desert, and threatened with early marriage."

After the death of her mother, Alice is lured to Saudi Arabia by her grandfather, Abu Hamza, who promptly steals her passport. The rest of the pilot script is summed up by BuzzFeed:

For the rest of the pilot script, she finds herself at the center of two opposing forces: Abu Hamza, who intends to keep Alice in Saudi Arabia forever, and a small team of allies who help her plot an escape.

The Saudi record on women's rights is in fact atrocious, but the script focuses less on that society’s internal struggle than on a simple dichotomy between the identities "American" and "Muslim." Nearly every devoutly Muslim character opposes American ideals, and vice versa. One character refers to Alice's mixed identity as "half Jew-loving monkey." Abu Hamza describes America as a "perverted world" where women are forced to "starve and cut themselves thin and big titted." Later, a young girl posits that Muslim women have two options: to be modern and free, or to be loved by God.

... when the heroine first lands in Riyadh, she is ushered to the women's quarters of Abu Hamza's royal compound, where she is warmly welcomed by a host of female characters – wives, daughters, friends, and servants. Some smoke hookah while they watch Desperate Housewives and Sex and the City; others read the Quran on their iPads. One of Radha's daughters wears Lululemon, has dyed blonde hair, and aspires to go to college before marrying her true love; the other is voluntarily engaged at 14 to a man whose only appeal is political clout, and doesn't wear makeup because she doesn't want to be seen as "a whore."

The show relies on a particular cliche in descriptions of Muslim women: that they are normal despite being Muslim because they too wear underwear and read magazines.

There are other notably awful parts as well, including multiple cultural errors and stereotyping. Abu Hamza runs a school for girls in his compound so they never have to leave, broadcasting in one-way live streams of the "best professors from around the world" while the girls are unable to be seen. When Alice puts on a burqa, the script describes her as "transforming herself from a typical American teenager into a completely formless, anonymous woman." When Alice confronts her grandfather about her passport, he goes on a rant about demanding to know if she prays, drinks or has sex with men.

It's all in pretty poor taste, to say the least, and suggests that American writers have a long way to go before they're able to tackle such heady issues without resorting to stereotyping and simple racial narratives. As TIME's Rabia Chaudry writes, "Portraying Muslims and Arabs as nuanced Americans instead of foreign caricatures would be a good first step for television. Instead of reaching across the globe for Alice in Arabia, perhaps we should start here at home with Ahmed in Austin."