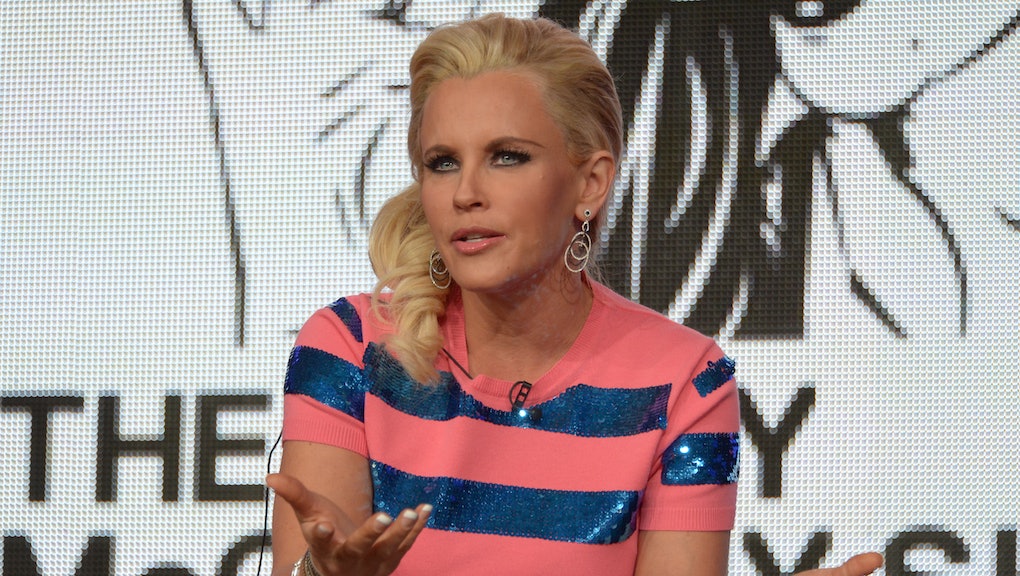 Jenny McCarthy Wants to Save Me From My Autism, But She Just Doesn't Get It

I have something uniquely in common with several million other Americans: I'm autistic.

At a time when Jenny McCarthy is spearheading a dangerous movement that blames my condition on vaccines — a myth dispelled by WebMD here — I am naturally sensitive to any mention of autism in the news, of which there have been a lot lately, especially when it's discussed as if something's "wrong" with me. There's not.

The lack of awareness and understanding about autism is stunning. It wasn't too long ago that the Republican primary for Illinois' 9th Congressional District was won by Susanne Atanus, a radical right-winger best known for statements like this:

"Sixteen years ago we never would have heard about autism ... God is angry. We are provoking him."

It would be easy to join the chorus of gnashing criticism of Atanus, but picking apart her candidacy is akin to snatching at low-hanging fruit.

Instead, there's a far more sinister threat to autism awareness that's much more widespread: the scaremongering of Jenny McCarthy and her disciples, who believe that vaccines are responsible for our condition. Though it seemsabsurd, one in five Americans believe vaccines cause autism and the government knows about it.

While it's true that rates of autism are on the rise, the science on the link between vaccines and autism is pretty straightforward. A scientific review by the Institute of Medicine has already ruled out any causal relationship between vaccination and autism rates, concluding, "The evidence favors rejection of a causal relationship between thimerosal–containing vaccines and autism." Another survey of the existing scholarly literature establishes that vaccine-related health problems are rare.

On a personal level, the worst thing about McCarthy's argument is that she seemingly views autism as if it's a plague. McCarthy's thinking here is simplistic, as can be seen from an article she wrote in 2008. I refer to this passage in particular:

"There are some who wonder what we mean when we say 'recovering' from autism. They confuse the word recover with cure. While you may not be able to cure an injury caused in a terrible car accident, you can recover; you can regain many skills that you once lost. In the case of autism, we think there are treatments that often bring about such healing, so that the observable symptoms of the condition no longer exist. Even though we may no longer see any symptoms of autism, we can't say a child is 'cured' because we do not know what they would have been like had they never been injured."

McCarthy makes the assumption that autism is an "injury" of which one can be, if not "cured," then at least "healed." While more severely autistic individuals indeed suffer greatly, millions of high-functioning autistics — formerly known as people with Asperger's Syndrome — live full, satisfying lives.

I'm one of the latter.

We don't view the workings of our minds as somehow being "wrong," we simply believe there are different ways a human brain can function, with neurotypicals falling into a majority pattern and autistics in a minority. When people refer to us as a "sick" community instead of one that struggles a bit more with socialization and prefers logic and intensely specialized interests over emotionalism and banality, we feel the same way all intelligent people do when they read McCarthy's or Atanus' remarks: like we're being exposed to the inexcusably asinine.

"If we cannot now end our differences, at least we can help make the world safe for diversity." That was John F. Kennedy — and it's the same appeal I make today in regards to autism.