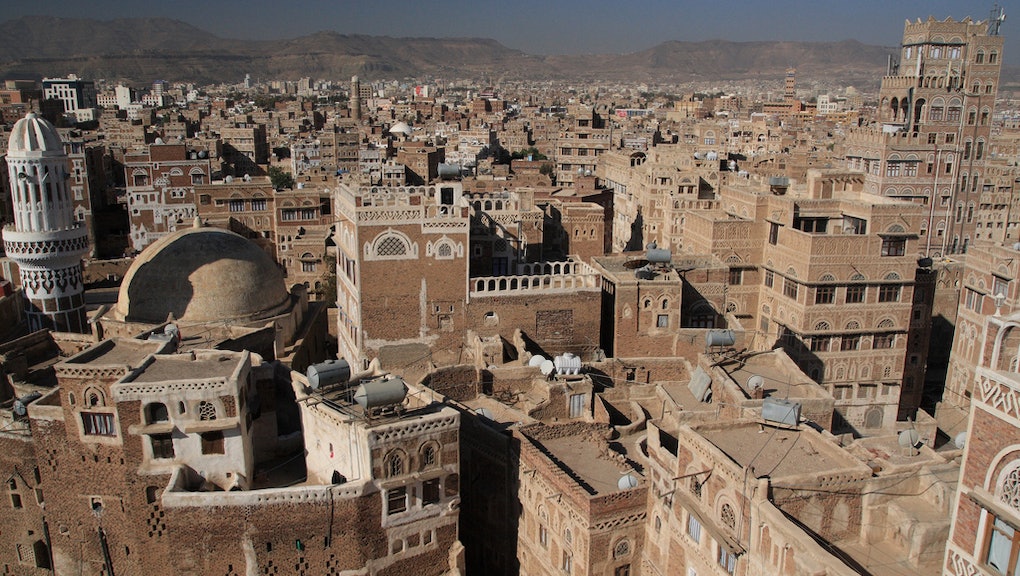 When you think of Yemen, you probably think of what you see in the headlines: the war on terror, civil unrest, drone strikes and protest.

The U.S. Department of State warns of the country's high security threat and instability.

And perhaps unsurprisingly, the latest Mercer report ranked the quality of life in Yemen's capital, Sana'a among the lowest in the world. Of the 223 cities ranked, Sana'a is No. 219. The rankings are based on 39 factors important to expatriates including political stability, crime, law enforcement and availability of banking services.

But beyond the headlines is a World Heritage site: an architecturally beautiful city that's been inhabited for more than 2,500 years.

Tim Mackintosh-Smith, a British travel writer who has lived in Yemen for over 30 years, calls the city "a magical place."

The following nine photos capture the historical and artistical beauty of the city:

1. The Old City has a textured past.

Inhabited for more than 2,500 years, the Old City features political and religious architectural relics dating back to the 7th and 8th centuries.

2. The city's gated entrances are varied and beautiful.

The city, surrounded by 20 to 30-foot wall, is accessible through numerous gates. Bab Al Yemen (the Yemen Gate), pictured here, was renamed Liberty Gate after 1962.

Located in a mountain valley, one can see minarets piercing the sky.

4. The old of Sana'a are preserved.

This is a souq (shop) in Sana'a with the minaret visible in the back. From the 7th century, Sana'a was at the forefront of spreading Islam.

6. Densely packed homes capture the spirit of the 11th century.

The city's religious and political history are present in its more than 6,000 houses and 103 mosques, most of which have been around since the 11th century.

Sana'a is a city rich in Islamic history. The ancient Great Mosque dates back to the seventh century, and local legends claim that Prophet Muhammad was involved in its creation (but there is no proof of this). It is listed as a UNESCO World Heritage site.

The Saleh Mosque (pictured), is large, modern, and can hold up to 40,000 worshippers. The country's former president, Ali Abdullah Saleh, came under fire for undertaking the expensive project in 2008, as the country has been suffering from a crippling economic crisis.

8. The museums tell the story of Yemen.

9. The city looks beautiful at night.

The city, which is home to a little over 1.7 million people, glitters at night.