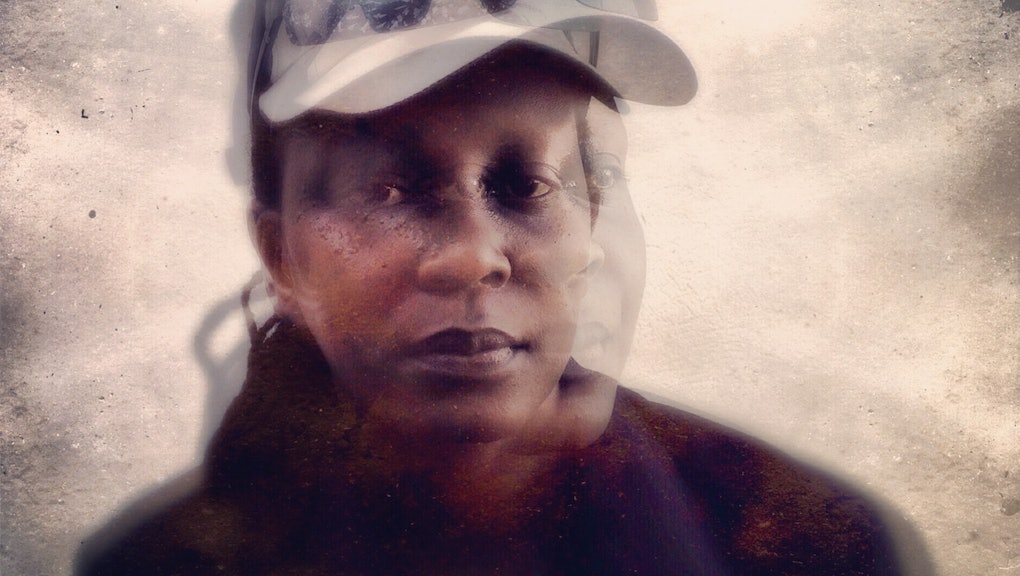 In Uganda, the act of living, of being true to your core identity, can you get you thrown in jail — or worse.

On Feb. 24, Uganda President Museveni signed into law a bill criminalizing homosexuality. With a stroke of his pen, President Museveni told his nation's LGBT citizens that they are aberrant, unnatural and certainly unwelcome. This is the reality captured by photojournalist Daniella Zalcman in her powerful series Double Exposure.

Zalcman, supported by a grant from the Pulitzer Center for Crisis Reporting, first visited Uganda in 2011 when she spent time with LGBT activists fighting against the rampant anti-gay sentiment in the country.

"People are fearful of what's going to happen under this new law, and they're fearful for the future of LGBT awareness and all of the related psychological, physical, and public health risks, but they still want to tell their stories," Zalcman told PolicyMic.

Many of the courageous people depicted in the portraits are already well-known for their activism, Zalcman noted.

"I think they feel the need to demonstrate that the Anti-Homosexuality Act isn't going to bully them into disappearing or giving up their struggle," she told PolicyMic. "That commitment is incredibly dangerous — not only has their work been explicitly criminalized as 'promotion' of homosexuality, there have been multiple reports of beatings and various forms of mob justice."

Indeed, those who are fighting against homophobia in Uganda have had their phones tapped, their homes and offices raided and their livelihoods threatened. Given the nature of their work, Zalcman said her deliberate use of exposure illustrates an important point: "These double exposures are an attempt to show that even the most prominent activists still have to keep a part of themselves hidden to survive."

Over the course of her project, Zalcman conducted interviews with Ugandans to "gauge public opinion."

"The answers ranged from people genuinely not caring and feeling like policymakers should be concentrating on more important issues, to people who obviously believed that homosexuality is evil," she said.

Ultimately, Zalcman hopes that her photos will put a human face on Uganda's humanitarian crisis, which echoes throughout the world.

"I want people to understand that there are a substantial number of people in our world — not just in developing countries — who are scared to be themselves or can't be themselves, and that's a horrible and sad reality," she said.

"I want to say to the lawmakers, if you had a child like me, what would you do? Would you throw me away because of who I am?"

"When I was growing up I didn't know many LGBT persons, so finding myself was a battle. ... There's been a lot of change, and now the rate of informed youths is so much higher. They know they aren't alone."

"I used to worry about having to leave the country, but now I want to fight for my home. If it helps, I will stand in front of Parliament and tell them I'm gay."

"I was born gay, and I was born a Muslim. I know there's a reason god created me like this. I have the guts to be both."

"Homophobia comes from our homes. The best way to eradicate prejudice and teach our community is to try to make your family understand what it means to be gay."

"This battle is not just about the gays, we need to fight for the rights of others also. And let us fight not because we will win today, but for future generations."

"I don't think we've given Uganda a chance to change. I still have hope that humanity will save itself."