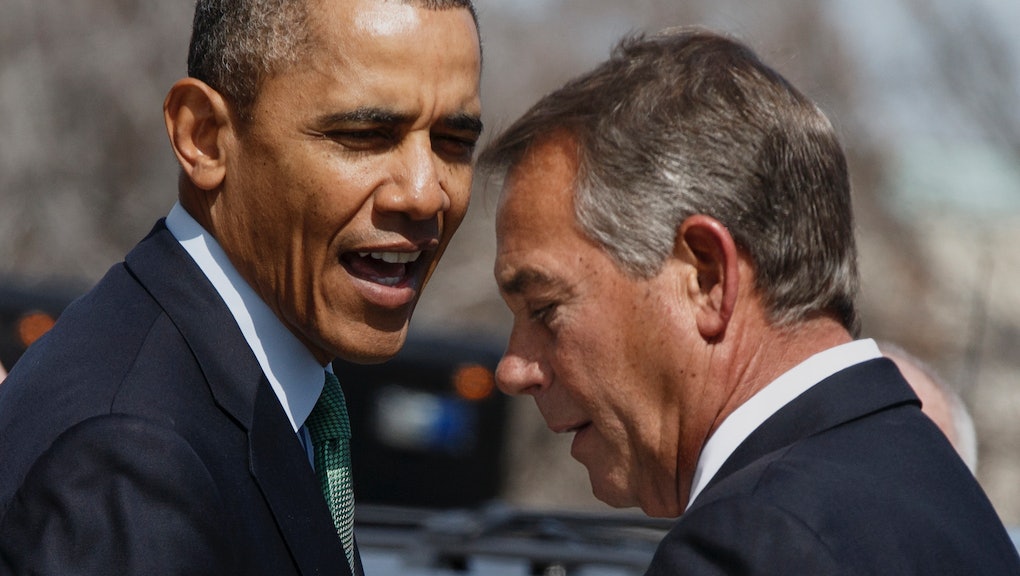 21 Things Politicians Love to Say — And What They Really Mean

If you've listened to more than one campaign speech, press conference or prime time address, you've likely noticed that politicians' vocabularies have become strangely limited. While our elected officials attempt to solve some of America's most difficult problems, their discourse has descended into something between Morse code and picture book. Here are just a few of our politicians' very favorite catchphrases and what they really mean.

I've always wanted my portrait hanging in the Oval Office.

I'm worried about Main Street, until it's time for my private fundraiser with Wall Street.

3. This president has completely ignored the Constitution.

We need a president who ignores the Constitution when we say so.

4. Government isn't the solution, it's the problem.

Vote for us and we won't regulate your shady business deals.

5. The allegations made against the governor are patently false.

The allegations made against the governor are completely true.

Listen up, I'm about to repeat myself.

7. For me, this issue is personal.

The president doesn't pay attention to poll numbers under 50%.

9. Where I'm from, folks are hurting.

We've already made a decision, but yes, there were other options.

12. The congressman is here to talk about his jobs program.

The congressman is not taking questions about his campaign finance investigation.

14. Let's make this election about changing the way Washington does business.

15. The president has been very clear.

The president is changing his position.

16. The American people have spoken.

Remember when I won reelection?

17. My administration is calling for a thorough independent review.

My administration is scrambling to cover up all incriminating evidence.

18. What I'm hearing from families all across the country is...

What my internal polling is telling me is...

We know there is a less than 20% chance of success, but the base supports it.

I promise I'm telling you the truth this time...

21. The president and the speaker had a very productive meeting.

The president and the speaker just spent an incredibly awkward hour together making small talk.