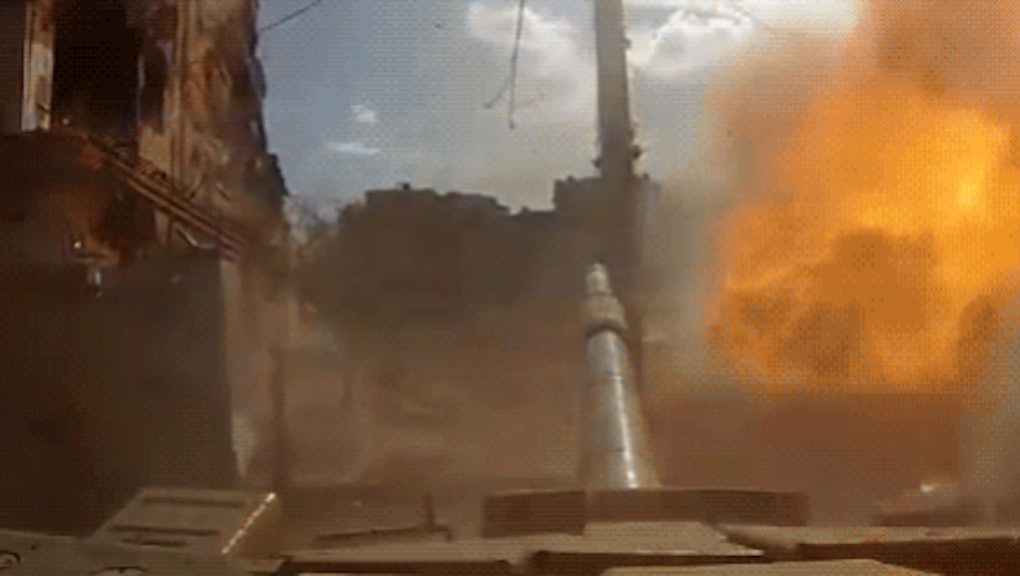 It's one thing to read reports of the continuing conflict in Syria — but it's another thing completely to actually see what's happening, as though you are right there on the battlegrounds.

A new viral video does just that by providing GoPro footage from a Syrian Army T-72 tank. The camera looks straight down the nose of the tank, making the viewer the feel as though they are part of a first-person POV video game.

But unlike video games, the consequence of this tank's actions are all too real. Throughout the hour-long footage, the tank patrols through Darayaa, a Damascus suburb that used to be home to 80,000 people. Now it is a desolate wasteland where the government and the rebels continue to wage war. Although you do not see people dying on-screen, both sides are losing fighters throughout the course of the video. The tank itself is attacked three times by the rebels.

Here is a rundown of what happens, courtesy of Sploid:

- Fire support for the advancing infantry 30:54

You can scroll through the footage above. While the video is graphic and upsetting, it helps to shed light on what is happening on the ground, and reminds us of the all-too-often-forgotten cost of human life in the Syrian conflict.