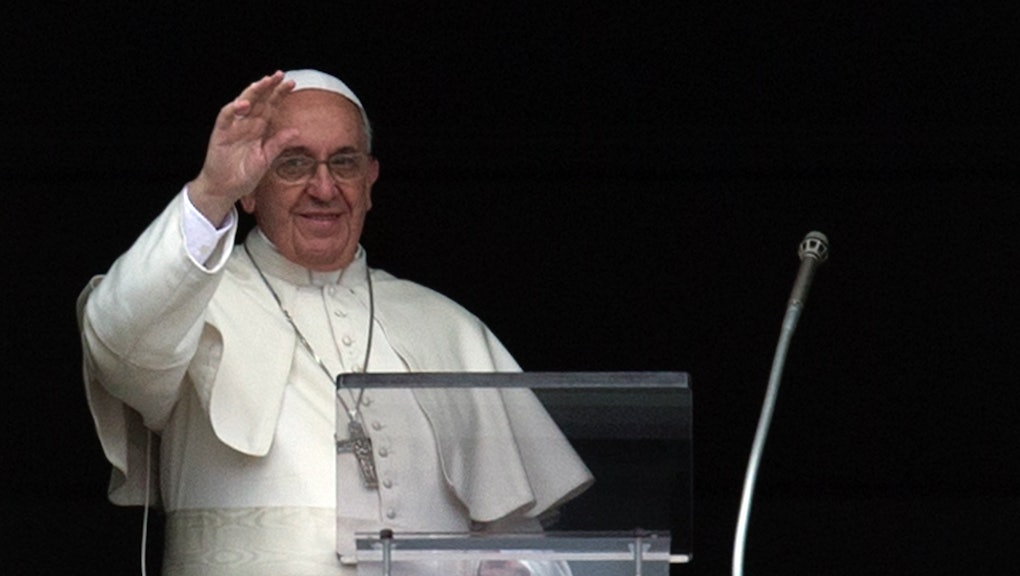 On Saturday, Pope Francis announced the members of a commission "for safeguarding minors" that will address the Catholic Church's dark history with sexual abuse.

And judging from the people on the commission, it looks like the pope is taking it seriously. The eight members include a survivor of sexual abuse, Marie Collins, who was assaulted at 13 years old by a hospital chaplain. The Irish campaigner has been active in fighting for the protection of children in the church.

Also on the panel is French child psychiatrist Catherine Bonnet, who has been published widely on the topic of sexual abuse of children.

According to Vatican spokesman, Rev Federico Lombardi, the commission will work towards "promoting youth protection" through "taking criminal action against offenders, educating people about the exploitation of children, developing best practices to better screen priests, and defining the civil and clerical duties within the Church," according to the Irish Times.

Back in February, the United Nations blasted the Vatican's method for addressing child abuse in the Catholic Church. The report called on the Vatican to create "independent mechanism for monitoring children's rights."

According to the report, "tens of thousands" of children have been victims of sexual abuse, which sheds light on the gravity of the situation.

In July 2013, Pope Francis made moves to address sexual abuse scandals, including enshrining protection of children against sexual abuse in the Vatican's laws. Still, according to the UN, the Vatican refused to comply with the investigation.

Here's to hoping that this commission will be more than a symbolic gesture. It's about time.