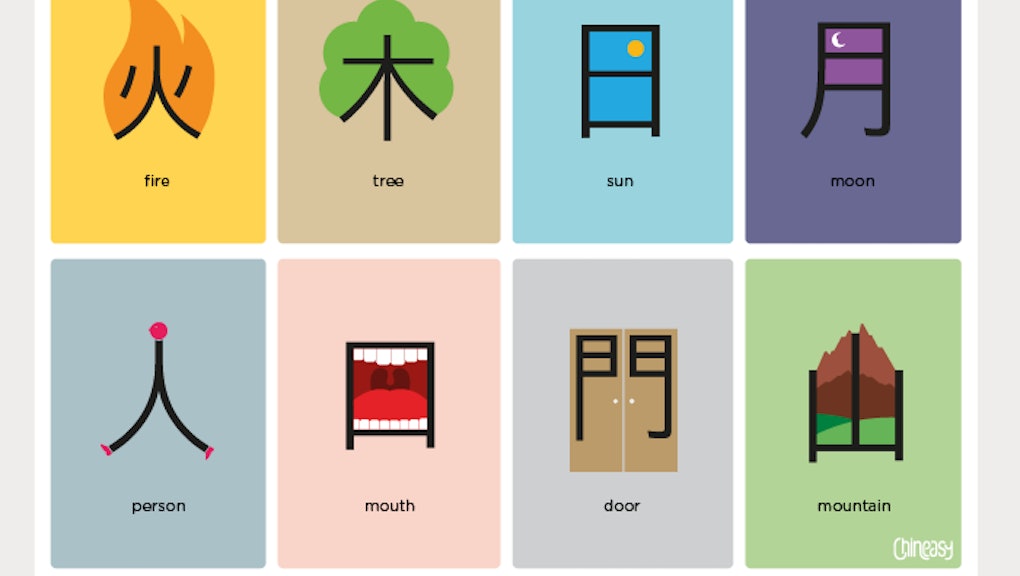 Learn Chinese in the Time It Takes to Eat Breakfast

Want to get a leg up in business today? Try learning Chinese.

With China's increasing economic prowess and influence, it's no surprise that the Chinese language has seen traction in the U.S. According to a Census report from 2013, Chinese is now the third-most spoken language in the U.S. and has seen a 360% increase in Chinese-speakers since 1980.

Even billionaires like Mark Zuckerberg have set goals for themselves to learn: In 2010, the Facebook CEO announced it's "kind of a personal challenge" that he learns the language because "it's just such an important part of the world."

Luckily for Zuckerberg and other entrepreneurs with their eyes directed at China, there's now an easy and fun way to learn Chinese with "Chineasy," a new system created by Internet entrepreneur ShaoLan Hsueh.

While Hsueh loved learning Chinese as a child, she realized her joy wasn't shared by foreigners trying to learn the language. With her illustrations, Hsueh hopes to change that.

After raising funds through Kickstarter and speaking at a TED conferenece last year, Hsueh published her eye-catching illustrations in the book Chineasy: The New Way to Read Chinese earlier this month. Although there are thousands of Chinese characters, the 400 in Chineasy are enough to learn how to read at a basic level.

Here are 14 characters to get started: