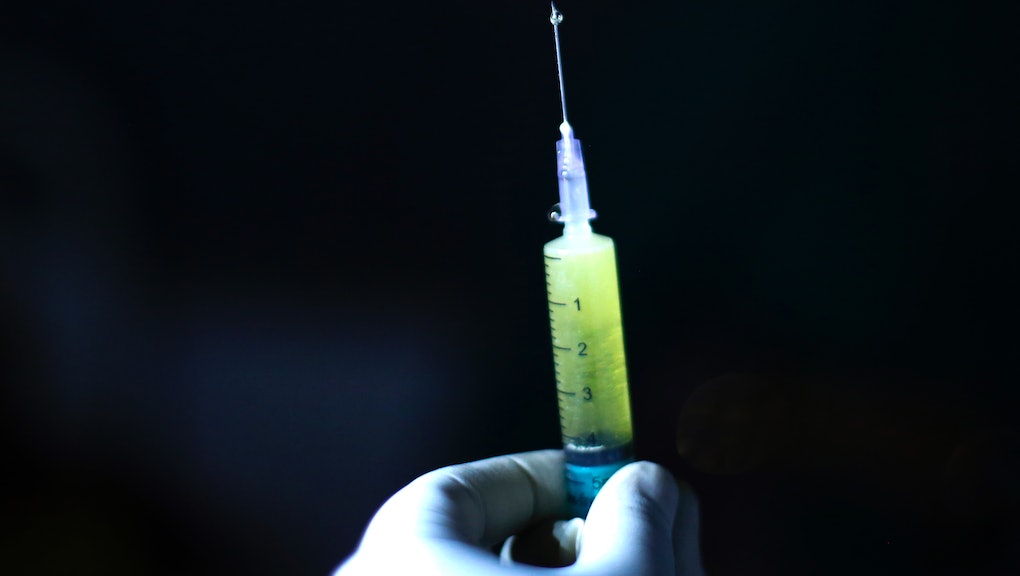 This Outbreak in Ohio Is the Reason We Need Vaccines

The news: A preventable outbreak of mumps has spread beyond the gates of Ohio State University in Columbus, Ohio, infecting at least 63 people including 45 affiliated with the university and threatening to become the worst mumps outbreak in America since 2006.

"The university cases have occurred in men and women between the ages of 18 and 48, while the community cases have occurred in residents of Columbus and Franklin County between the ages of 4 and 50," said Columbus Public Health in a statement. The department is working with other universities to control the outbreak with vaccination and spreading awareness of infection control measures such as washing hands, covering coughs and staying home during the course of an illness.

Mumps is no small matter. It's a highly infectious airborne disease that causes high fever, aches, fatigue and painful swelling of the salivary glands. Males past puberty have a 15-20% chance of developing orchitis, an extremely painful inflammation of the testicles. However, mumps is easily vaccinated against with a two-dose treatment usually delivered one at 1 year old and again around 4-6 years old.

Mumps outbreaks are not as rare as those involving measles or polio, and even with a second round of vaccination, immunity peaks at about 88%. Those rare outbreaks in the United States are usually linked to the vaccinated but susceptible 12% of the population, those who received just one round of vaccines or those who skipped their vaccines entirely for health or ideological reasons.

"This is a very contagious disease, a respiratory disease that's spread like the cold or the flu," says infectious disease expert Dr. Frank Esper. "We see substantial transmission on college campuses where you bring numerous people together from a wide geographic area in a small space.

"The reason that you're seeing 16 cases instead of 1,600 is because so many people are vaccinated."

This shouldn't be happening. Mumps, along with measles, whooping cough and chicken pox, is both entirely preventable and making a comeback thanks to the anti-vaccination movement. A 2011 outbreak was widely suspected to be the result of an unvaccinated student returning from Western Europe. Plus, one-third of mumps infections are asymptomatic, meaning infected carries could be obliviously walking around as dangerous threats to the rest of the population.