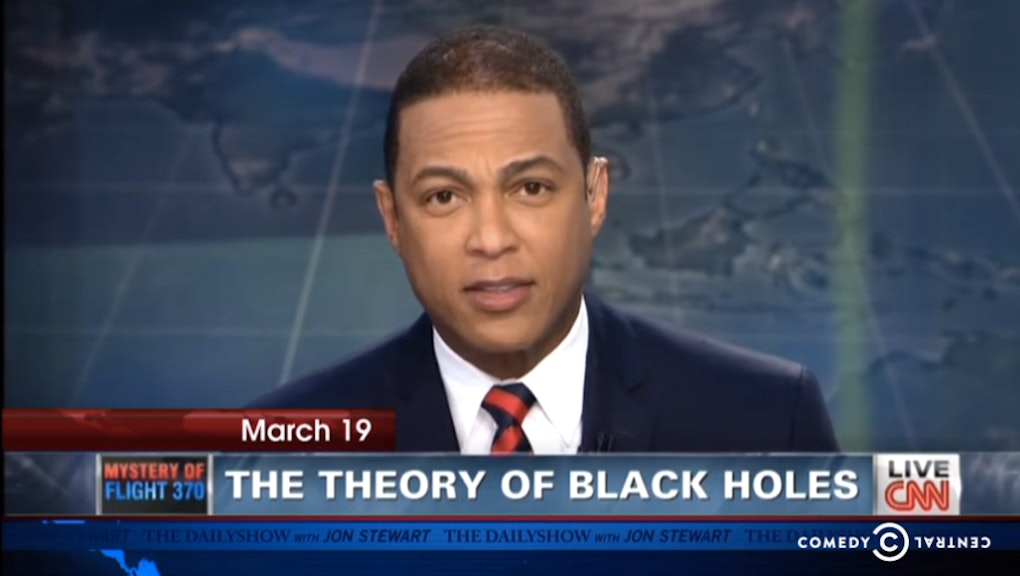 This Is Why You Should Never Listen to Cable News Again

But the coverage around the missing Malaysia Airlines Flight 370 took the network's coverage to another level of bizarre. The search has stretched for 16 days, and CNN has scraped the bottom of the barrel for new ways to cover the tragedy.

Their coverage has included seriously considering of conspiracy theories, consulting psychics for their expertise and even bringing on Bill Nye the Science Guy in to speculate about the cause of the flight's disappearance.

When Jon Stewart hilariously took on CNN's bizarre coverage last night, he addressed just how ridiculous things got. It's the sort of stuff that conspiracy theories — and desperate news shows — are made of:

What did you think of CNN's coverage of the missing Malaysia Airlines flight? Let me know on Facebook and Twitter.