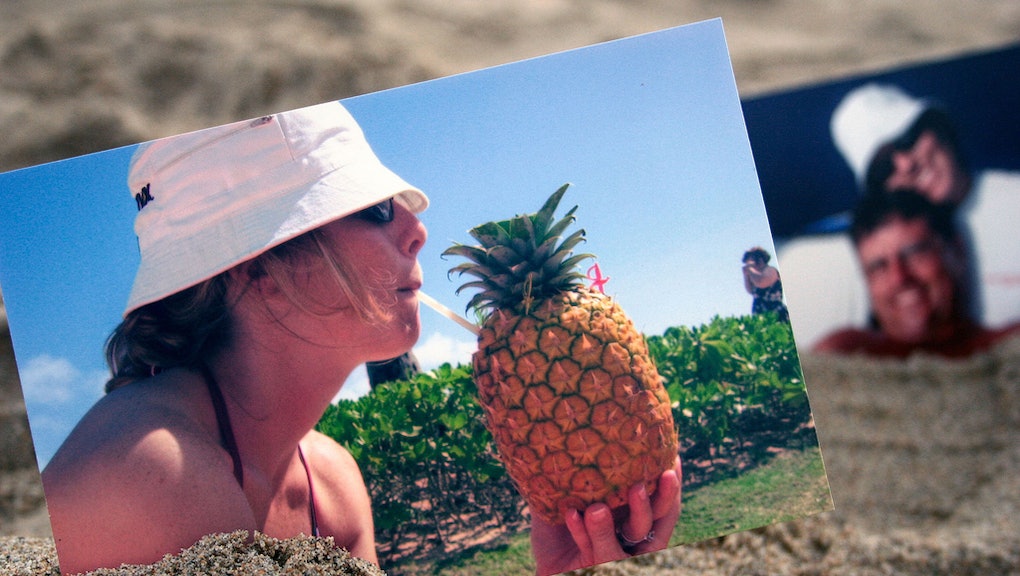 Pretty Much Everyone Else in the World Calls This Fruit "Ananas"

Who would have guessed that the word "pineapple" would split English-speaking countries from the rest of the world back when it was first discovered?

This photo has been making rounds on the web, and it's pretty hilarious:

While other languages refer to the fruit as "ananas" or something similar, in English we call it "pineapple" and in Spanish it's referred to as "piña."

According to the Natural History Museum in London, the pineapple "was first discovered by the Tupi-Guaraní Indian tribe, and then in 1493 on Guadaloupe Island off the coast of Mexico during the second voyage of Christopher Columbus."

It was named "pineapple" by the European explorers due to its resemblance to a pine cone. In many countries, however, the prized fruit has a name similar to "ananas" that comes from the Tupi word "nanas," meaning "excellent fruit," and was recorded by André Thevet, a French Franciscan priest and explorer in 1555.

Pineapples eventually became a sought-after symbol of social class, prestige and hospitality. By the 16th century, Portuguese and Spanish explorers had introduced pineapples into many of their African, Asian and South Pacific colonies to cultivate the tropical fruit.

Still, many of these countries continue to refer to the sweet, prized fruit as "ananas." I guess they really went out on a limb with the word "pineapple."