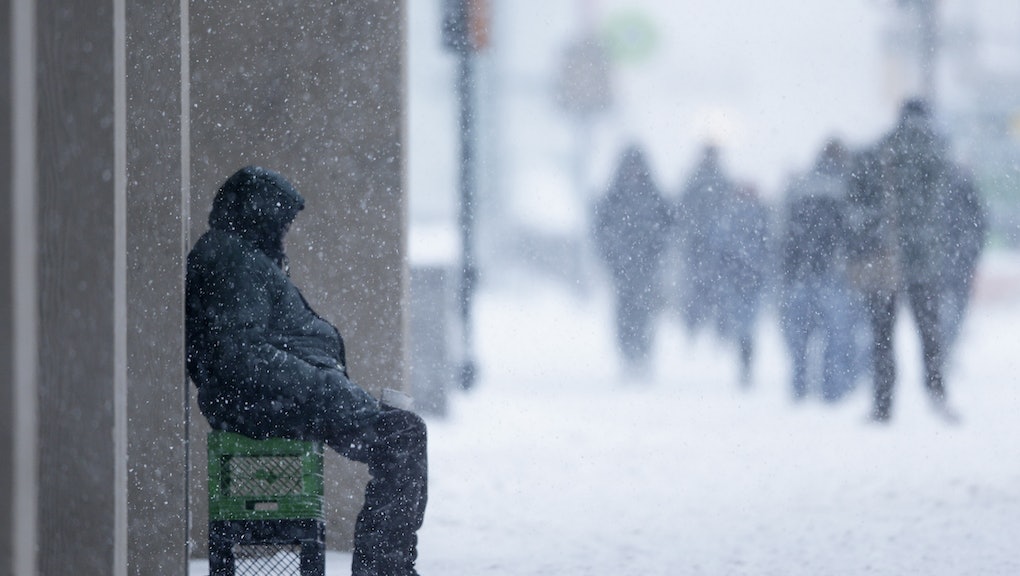 The news: A new study has found that it's significantly cheaper to house the homeless than leave them on the streets.

University of North Carolina Charlotte researchers released a study on Monday that tracked chronically homeless adults housed in the Moore Place facility run by Charlotte's Urban Ministry Center (UMC) in partnership with local government. Housing these people led to dramatic cost savings that more than paid for the cost of putting them in decent housing, including $1.8 million in health care savings from 447 fewer ER visits (78% reduction) and 372 fewer hospital days (79% reduction). Tenants also spent 84 fewer days in jail, with a 72% drop in arrests.

Moore Place cost $6 million in land and construction costs, and tenants are required to contribute 30% of their income (mainly benefits) towards rent. The remainder of the $14,000 per tenant annually is covered by donations and local and federal funding. According to the UNCC study, that $14,000 pales in comparison to the costs a chronically homeless person racks up every year to society — a stunning $39,458 in combined medical, judicial and other costs.

New opportunities: What's more, Moore Place is enabling the formerly homeless to find their own sources of income. Without housing, just 50% were able to generate any income. One year after move-in, they're up to 82%. And after an average length of 7 years of homelessness, 94% of the original tenants retained their housing after 18 months, with a 99% rent collection rate.

The program is so successful that UMC is planning a $4 million expansion to bring the total capacity from 85 to 120 units. More than 200 chronically homeless people in the county qualify for such housing, which is desperately needed to bring down Charlotte's homeless population, which has risen at more than double the national rate — 2013 marking the fourth year the city saw a double-digit rise in the category. While the rate of homeless individuals without children dropped significantly, "on any given night, about 2,418 people in the community are homeless, including 952 in emergency shelters, 1,183 in transitional housing and 283 without any shelter."

The general population is biased: The original proposal for Moore Place was "controversial, if not ridiculed," according to the Charlotte Observer. Locals mocked the idea that giving the homeless subsidized housing would do any good. A 2011 report commissioned by the Los Angeles Homeless Services Authority found that people have condescending attitudes towards the homeless, with the public perceiving higher levels of substance abuse problems (91%) and mental health issues (85%) than reported by the homeless themselves (41% and 24% respectively). It concluded that if "personal failings as the main cause of homelessness, it is unlikely that they will vote for increased public assistance or volunteer to help the homeless themselves."

But "you can't argue with the statistics," said UMC housing director Caroline Chambre. "This approach was controversial at one time because of the stereotype of who the homeless are, and we had to change that stereotype."

In 2012, total welfare spending for the poor was just 0.47% of the federal budget. It turns out that maybe if we spent a little more to help the chronically destitute solve their own problems, we could save a lot of money.