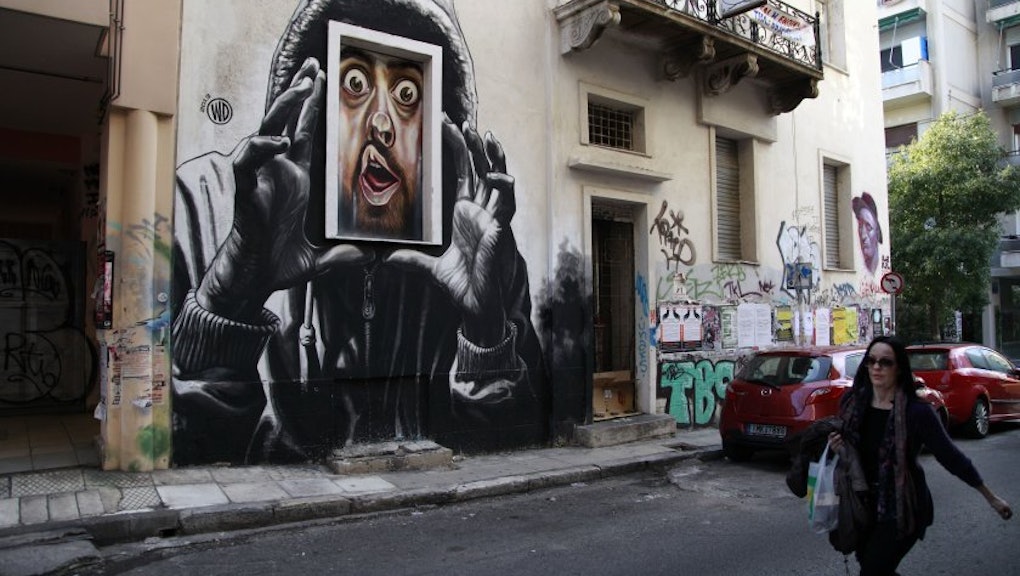 Graffiti is an ancient Greco-Roman art form, dating back to the days when people carved marble messages of anything from political protest to hilarious butt jokes. Now a modern iteration has taken over Greece, where a flourishing international community of graffiti artists has transformed the urban landscape.

Not only does Greece have lax anti-graffiti laws, there's also a big demand for commissioned work. Some of the artists are even graduates of Greece's top fine-arts schools and are utilizing their classical background in new, innovative ways.

In Athens, neighborhoods such as Exarchia have become the center of anti-police and anti-government protests. The anarchist rise against fascism and right-wing politics has inspired some of the works below.

Here are 15 works of graffiti art that adorn the walls of Greece:

The portrait honors rapper Killah P, who was allegedly murdered by the fascist Golden Dawn party.

6. A building front by Alex Martinez

10. A work protesting the invasion of Ukraine

11. A work by Alex Martinez

13. A work by Pavlos Tsakonas