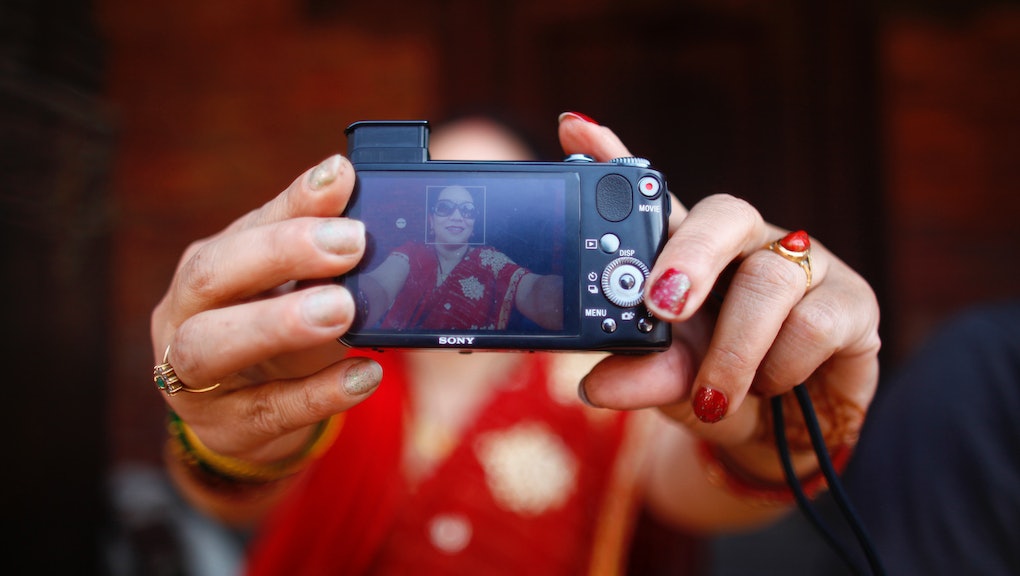 "Two out of three of all the patients who come to see me with Body Dysmorphic Disorder since the rise of camera phones have a compulsion to repeatedly take selfies.

"Cognitive behavioural therapy is used to help a patient to recognise the reasons for his or her compulsive behaviour and then to learn how to moderate it," he told the Sunday Mirror.

Veal points to an extreme case, patient Danny Bowman, who allegedly spent up to 10 hours a day taking hundreds of selfies in a futile attempt to capture the perfect photo. He stopped attending school, lost "two stone" (around 28 pounds), stayed in his house for six months and fought with his parents. Eventually he tried to commit suicide.

"Danny's case is particularly extreme," said Veal. "But this is a serious problem. It's not a vanity issue. It's a mental health one which has an extremely high suicide rate."

Bowman was treated for OCD, technology addiction and Body Dysmorphic Disorder — a chronic mental health condition in which the sufferer obsesses over perceived flaws with their body.

Dr. Veal told the Sunday Mirror that "The common treatment is where a patient gradually learns to go for longer periods of time without satisfying the urge to take a photograph, along with therapy to address the root cause of the problem."

"This can be anything from low self esteem to problems with bullying in the past."

This is real: According to TIME, psychiatrists are beginning to consider a compulsion to take selfies "as a serious mental health problem."

A study titled "Tagger's Delight? Disclosure and liking behaviour in Facebook: the effects of sharing photographs amongst multiple known social circles" from three business schools in Europe found that people who post more selfies have more shallow relationships with people. Professors asked 508 Facebook users with an average age of 24 to rank how close they felt to friends, coworkers and relatives who also happened to be on the site. Then, they compared that data to the number of selfies the test subjects had posted.

The conclusion? "Increased frequency of sharing photographs of the self, regardless of the type of target sharing the photographs, is related to a decrease in intimacy" in personal relationships, wrote the authors.

According to Birmingham Business School professor and lead author Dr. David Houghton, "People, other than very close friends and relatives, don't seem to relate well to those who constantly share photos of themselves. It's worth remembering that the information we post to our 'friends' on Facebook, actually gets viewed by lots of different categories of people: partners; friends; family; colleagues and acquaintances; and each group seems to take a different view of the information shared."

So, seflies: narcissistic and correlated with a decrease in the intimacy of personal relationships. But dangerous seems like a stretch. Maybe the self-absorbed take more selfies, or those with fewer intimate relationships post them as a way of attracting attention. In cases like Bowman's, obsessive selfie-taking can be a symptom of pre-existing issues with self-esteem or more serious psychological disorders. And writes San Jose Mercury-News' Jessica Yadegaran, "psychologists say that in moderation, selfies are a feel-good and often creative way, particularly for teens, to chronicle their lives and emotions and express their personalities."

Clinical psychologist Lucie Hemmen says that "There's a continuum of health and authenticity in what you shoot and post. A secure, mature person is going to post selfies that are spontaneous and not overly engineered or edited, and they're going to do it less often. A more insecure person is going to post staged or sexualized photos, and they're going to do it so much that they become consumed by it and the comments they receive."