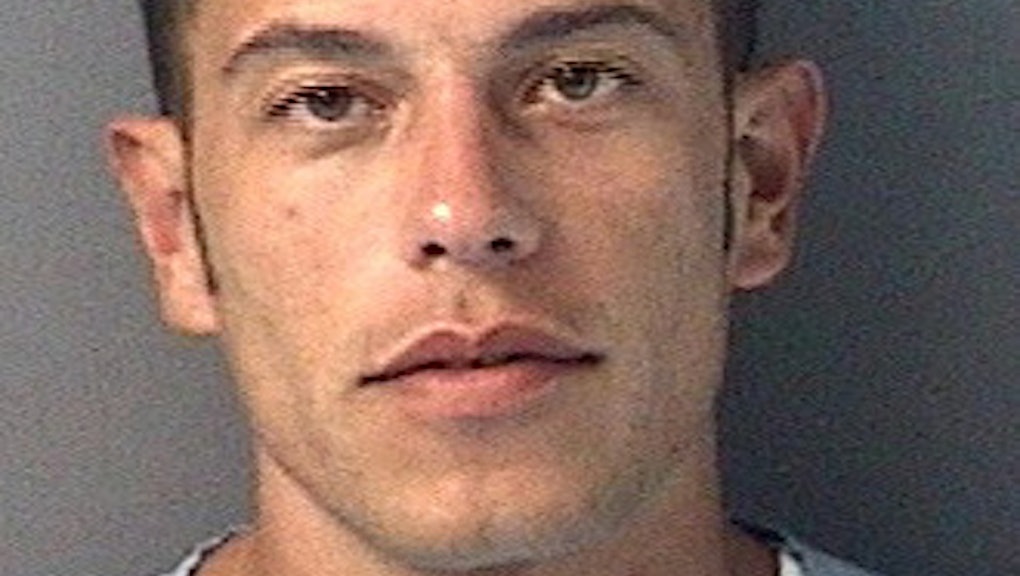 After a party at his Florida house, Ryan Holle, 20 years old at the time, drunkenly crawled into bed around 5 a.m. His friend asked if he could borrow Holle's car and he said yes. The friend drove with three others to the home of a marijuana drug dealer whom they intended to rob. Holle was vaguely aware of talks about a robbery, but told a reporter, "I thought they were just playing around. ... I honestly didn't understand what was going on."

The burglary turned tragically violent. One of the men killed the dealer's teenage daughter by beating her in the head with a shotgun he found in the home.

At the time, Holle was asleep in his bed over a mile away. But in the eyes of the law, he is equally as guilty as the man who physically bludgeoned the young girl to death. He was convicted of first degree murder and sentenced in 2004 to life without parole. He is currently serving his 11th year at Graceville Correctional Facility in Graceville, Florida. He was recently denied clemency.

There is one reason for this insane situation: the Felony Murder Doctrine.

The rule essentially says that anyone who has anything to do with a felony — a burglary, a rape, a robbery — and if a murder takes place during that felony, that "involved" person is as guilty as the person who has actually committed the murder. This is the case even if the death is accidental.

Holle with his mom and sister. Image Credit: www.ryanholle.com

The New York Times called it "a distinctively American legal doctrine." Florida has a particularly strict interpretation of the rule, whereas Hawaii, Kentucky and Michigan have abolished it entirely. In about 24 states, where the doctrine holds up, it is grounds for capital punishment. About 80 people have been sentenced to death in the last 30 years "for participating in a felony that led to a murder though they did not kill anyone," the New York Times reported.

The rule was abolished in the United Kingdom decades ago. As the Nation wrote, "To the best of my knowledge, in the entire history of the criminal justice system in America, no one has ever been convicted and sentenced to life in prison for loaning a car and going to sleep."

But where do you draw the line when it comes to contributing to or participating in a homicide? The questions that obviously arise are: Did Holle know that a murder would take place? Did he even know that a burglary would occur in the first place?

As the prosecution in Holle's case said, "No car, no murder." The general argument in favor of the doctrine is that a good portion of murders occur during felonies (16% of homicides in 2006 occurred during felonies, according to the Federal Bureau of Investigation.)

At the end of the day, though, a young man — with no prior record — could be spending his life behind bars because he let his friend borrow his car. He somehow got blood on his hands from over a mile away. There might be points in favor of the doctrine, but its use certainly needs to be re-evaluated.