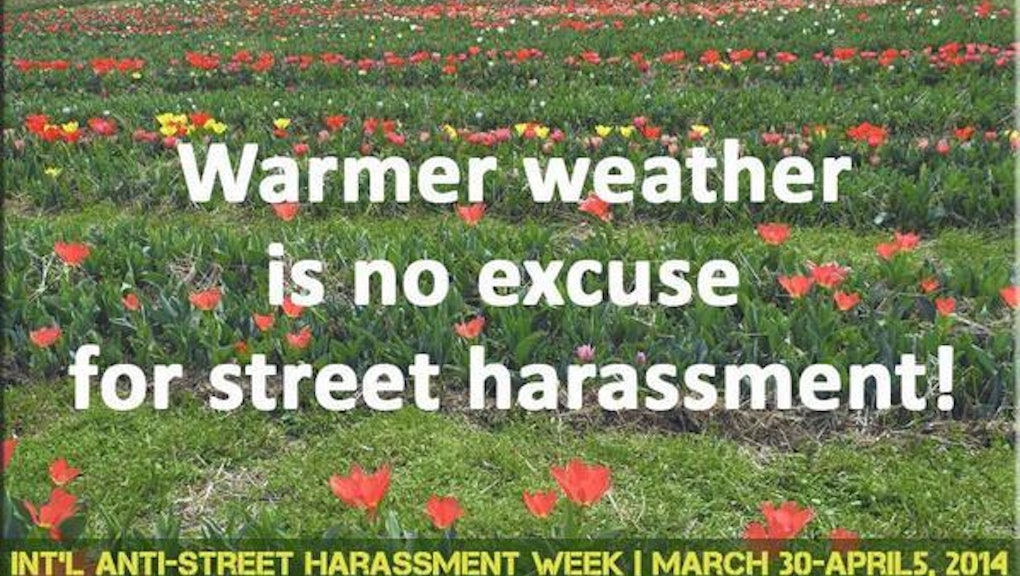 Want to End Sexual Harassment? You'll Need to Do More Than Tweet About It

Today's hyper-connected society allows online campaigns to reach more people than they ever have before.

Want to improve access to clean water? Click here. Want to end global poverty? Tweet this. Want to show your support for gay marriage? Change your profile picture to this.

But retweets don't automatically mean results, and online campaigners are finding ways to translate digital success into real-life impacts. It's the double-edged sword of online activism.

A longitudinal study of the "Save Darfur" Facebook campaign explored the the relationship between a campaign's online popularity and how that translates to real-life involvement. The study found that although a few "hyperactivists" on the page recruited and donated thousands of page referrals and dollars, the number of page referrals and amount donated decreased as the group gained more members.

A University of Washington study published last November found that when social media tools are combined with nonviolent, street-level organization, they are most likely to have immeasurable impact.

It's this marriage of online and offline campaigning that has powered online feminism, specifically the creation of feminist campaigns like sexual assault-fighting app HarassMap.

In 2005, Rebecca Chiao began a personal inquiry into sexual assault throughout Egypt. That project was later adopted by the Egyptian Center for Women's Rights and evolved into HarassMap, a tool that allows women across Egypt to anonymously report experienced or witnessed sexual harassment. Each reported instance is marked to the map as a red dot, which expands to the full text of each report when clicked. The platform uses free Frontline SMS and Ushahidi software to link anonymous reports to the actual map.

"We combine online and offline elements in our work, and while our online activities are vital to what we do, our on-the-ground community mobilization work actually accounts for the biggest bulk of what we do," explains Noora Flinkman, communications manager for HarassMap. "We started off with this integrated approach from the beginning (December 2010) and have about 1,000 volunteers all over Egypt."

Another example of social campaigns with real-life and online branches is Everyday Sexism, which British-born Laura Bates founded in 2012 after her concerns about stress harassment fell on deaf ears. The project encourages women to submit stories of being groped, assaulted and harassed to its website and Twitter account. That account now has nearly 130,000 followers, and the project itself boasts 20 unique country branches.

Bates says that tech tools like Twitter allow women to amplify their voices in collective solidarity. But she's equally aware that this feminist community could continue down what some call an exclusionary path.

"I think it's vitally important to be wary of the online side of feminist campaigns, for two reasons," Bates told PolicyMic. "The first is that many people do not have Internet access, and if we truly want this to be a global and inclusive movement, we have to make sure we take the projects that start online and move them offline to have real-world impact. [We must try to reach] and include everybody, not just those who have access to social media."

"The second issue is that social media makes it possible to feel that you are making a huge difference whilst actually just preaching to the choir within a small, self-contained Twitter or Facebook bubble of like-minded people," Bates added. "It's important that we break free of these environments to make sure we are reaching everybody, not just those who are already supportive of the cause."

Like HarassMap, Bates is adamant that her project should do more than just exist online. Everyday Sexism has been at the forefront of several policy hearings and initiatives. These have ranged from a UN hearing earlier this month to working with the British Transport Police's Project Guardian. BTP's work retraining officers to respond to reports of assault on public transport has seen a 20% rise in reporting rates and a 32% rise in detention of offenders. This real-world benefit for the largest possible group is what online campaigns of all missions should strive for.