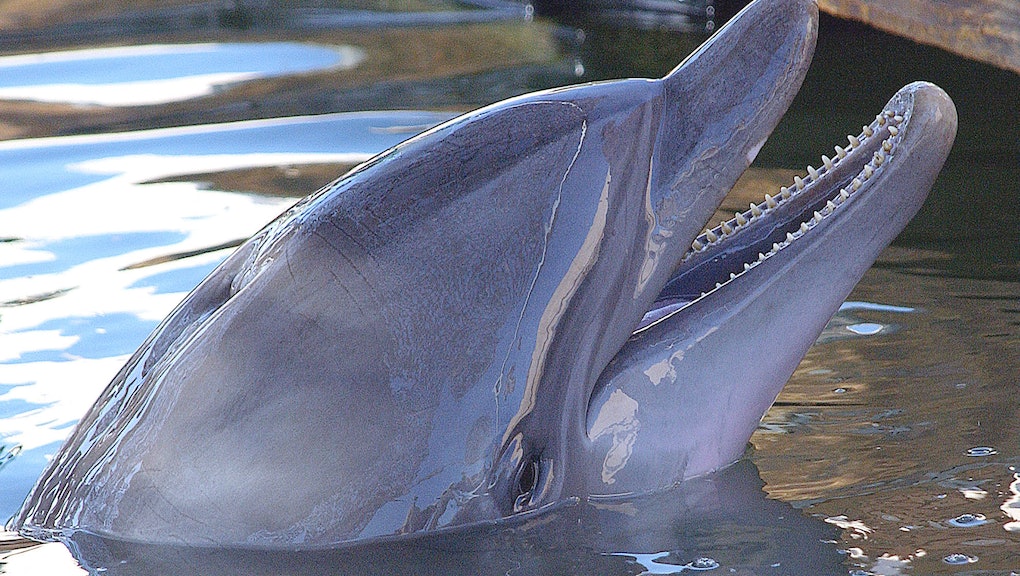 It wasn't enough for Russia to invade and annex the Crimean peninsula, but now they've also commandeered Ukraine's most unique — and adorable — naval asset: combat dolphins.

Over the past week, Ukrainian troops have withdrawn from Crimea and ceded control to Russia, but not everyone made it out cleanly. Among those left behind in Sevastopol are an elite dolphin task force, which has now switched national allegiance. And if you think these are your run-of-the-mill Flippers, you're wrong: these badass dolphins are trained "to patrol open water and attack or attach buoys to items of military interest, such as mines on the sea floor or combat scuba divers trained to slip past enemy security perimeters, known as frogmen."

Silver lining: The loss sounds potentially devastating for the Ukrainian navy, but the dolphins may be better off under Russian administration. The program was actually scheduled to shut down in April, and the dolphins were to either be released into the wild or rehoused in civilian facilities. But now they have a chance to continue to their service — all thanks to the invading Russians.

"Our experts have developed new devices, which convert the detection of objects by the dolphins' underwater sonar to a signal on an operator's monitor," said an oceanarium employee of the Russian navy. "But the Ukrainian navy lacked the funds for such know-how, and some projects had to be shuttered."

Currently, San Diego is the only other location that hosts a military dolphin program; the U.S. Navy trains dolphins and sea lions to locate sea mines.

There's some history here: In fact, there's a Cold War backstory for these dolphins: after the USSR announced its dolphin task force in the 1960s, the U.S. quickly launched a rival program in response. At the peak of the program, there were over 100 dolphins, as well as sea lions and beluga whales, in the U.S. Navy. These dolphins were used in both Vietnam and the Persian Gulf to detect mines and enemy swimmers.

The U.S. program has scaled down significantly since then, but that may not last for long. If Russians want to beef up their dolphin task force, the Americans may need to follow suit in case of an underwater war. After all, isn't that what the Cold War is all about?